Morocco World News
Home Middle-East Iraq 3 Rockets Strike US Embassy in Baghdad Amid Calls for US to...

The attack came on a day of continued protests by Iraqi citizens calling for the US military to leave Iraq.

By
Susanna Spurgeon
-
Susanna is a former editor at Morocco World News.
Jan 27, 2020
Spread the love

Rabat – Three rockets hit the American embassy in Baghdad on Sunday evening with one impacting on the embassy’s cafeteria. Only one person suffered a minor injury, an official told American television network CNN.

Two other rockets hit the banks of the Tigris river just outside the heavily fortified embassy compound in Baghdad’s protected “Green Zone.”

Condemning the attack, Iraqi Prime Minister Adil Abdul Mahdi announced that the government sent troops to “search, and investigate to prevent the recurrence of such attacks, and to arrest those who launched these rockets so that they can be punished.”

The US House of Representatives’ Foreign Affairs Committee Republicans posted a tweet confirming the attack with a quote from Representative Michael McCaul.

“I am closely monitoring reports of a rocket attack targeting the U.S. Embassy in Baghdad. Violent acts against our diplomatic facilities are simply unacceptable. We must ensure the safety of American diplomats, troops and other Americans in Iraq.” -LR @RepMcCaul

The strike is the third to target the embassy compound this month, Al Jazeera reports, but the first to make a direct hit.

A US State Department spokesperson confirmed that rockets hit the Green Zone without acknowledging a hit to the American embassy. The spokesperson also hinted at Iranian involvement. “The security situation remains tense and Iranian-backed armed groups remain a threat. So, we remain vigilant.”

However, Iraqi political analyst Wathiq al-Hashemi told Al Jazeera, “What is interesting to note is that the pro-Iranian militias have denied any role in this attack, saying they did not target the embassy and that it could have been other armed groups.”

The attack came on a day of continued protests by Iraqi citizens calling for the US military to leave Iraq.

Just over 5,000 American troops are in Iraq as part of the coalition against ISIS.

An Iraqi cleric, Moqtada al-Sadr, called for protests on Friday, January 24. Thousands took to the streets, calling for American troops to leave Iraq.

Security forces clashed with protesters, killing one in Baghdad and leaving 100 injured.

Relations between the US and Iraq have grown increasingly complicated in the last month since the US killed Iranian General Qassem Soleimani in Baghdad on January 3. 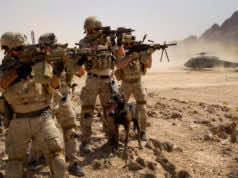 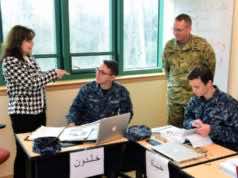 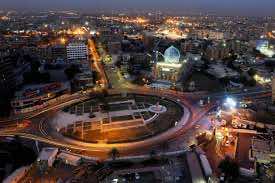 10-year anniversary of Baghdad fall to US forces