The last Moroccan contestant in the singing competition ranked second to last. 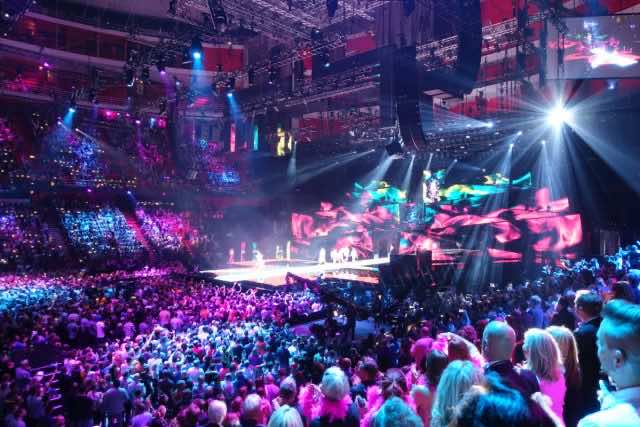 Rabat – Morocco may return to Eurovision after a 40-year absence, according to the competition’s director Jon Ola Sand.

In an interview with Escxtra, Sand ambiguously noted the possibility that a Moroccan candidate could take part in Eurovision 2020.

Without providing details, Sand remarked that the participation of Arabic-speaking countries like Morocco and Lebanon will bring more diversity to the competition. Sand added that negotiations to broadcast the show on North African television stations are underway.

Said’s performance of “Bitaqat Hub” in Arabic made Morocco the first African and Arabic-speaking country to participate in the predominantly European competition.

After Said earned only seven points and finished second to last out of 19 contestants, King Hassan II withdrew Morocco from the 1981 contest and reportedly declared that the country would never again take part in Eurovision.

Israel’s involvement in the contest also served to deter Morocco and Lebanon from participating.

The next installment of the famed singing competition will take place in May 2020 in the Dutch city of Rotterdam.

Eurovision is an annual international song competition established in 1956. Its participants are primarily from European countries. Each participating country submits an original song to be performed.

The winner is determined by competition’s participants, who cast votes for each country’s song.

As of 2019, at least 50 countries are eligible to compete, including Australia.