Morocco has very high rates of immunization, but at the same time has high rates of behavioral health risks, including obesity, smoking, and drug abuse.

By
Susanna Spurgeon
-
Susanna is a former editor at Morocco World News.
Feb 3, 2020

Rabat – Morocco has Africa’s highest rates of immunization against measles, diphtheria, and hepatitis, at 99% each, according to the Africa Prosperity Report 2019-20.

The report, prepared by the UK’s Legatum Institute, included health as one of its 12 pillars supporting prosperity. Morocco ranked 9th in overall prosperity out of 54 countries in Africa and 9th in general health.

Reflected in its high vaccination rates, the kingdom has relatively good preventive health measures compared to other African countries.

When it comes to preventive measures, only on antenatal care does Morocco rank worse than average (46th on the continent), despite recording an increased percentage of mothers getting antenatal care than 10 years ago.

The report highlights the improvements Morocco has made in health, noting, “Life expectancy at all stages has improved, with maternal and child mortality rates among the lowest in Africa.” Indeed Morocco ranked 2nd in Africa on longevity.

Moroccans tend to have high rates of behavioral health risks compared to other Africans, on measures such as obesity (49th), smoking (49th), and substance-abuse (41st). The high risk behavior translates into a poor ranking on non-communicable diseases (52nd).

Read also: 8 Percent of Deaths in Morocco Caused by Smoking

On communicable diseases, however, Morocco ranked fourth best in the continent, a ranking that may reassure any Moroccans concerned about a potential outbreak of the 2019-nCov coronavirus.

The report commented on Morocco’s RAMED health care coverage project, launched in 2009, adding that “health care investment increased in line with successive national health strategies in 2012 and 2017.” At the same time, satisfaction with health care is among the lowest in the continent at 49th.

Despite gains in other areas of health, many people in Morocco continue to struggle with mental health challenges. The country’s suicide rate, the lowest in Africa, belies the challenges many face.

Morocco ranks 43rd in Africa for emotional well-being and 53rd for depressive disorders. The report also acknowledged a 2015 national report that found 50% of Moroccans may have a mental health disorder, “and with just one psychiatrist per 100,000 people in the country, the situation has become more pronounced.” 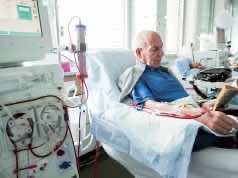 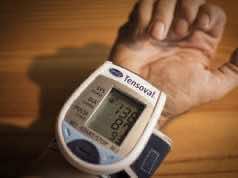