Pakistan is defying a rising wave of criticism of China’s “neo colonial” and “pernicious” hegemonic projects to commit to its “special” and “all-weather” friendship with Beijing.

Rabat – Are China’s gigantic loans another instance of a “great power” selling trapped, pipe dreams to poorer or least developed countries to lure them into worrying levels of political and economic dependence? Is the “Chinese way” of engaging the Global South any different than the West or former colonial empires?

As Imran Khan, the Pakistani Prime Minister, recently attended the World Economic Forum in Davos, Switzerland, he may have been expecting some version of these questions when giving interviews.

Pakistan is home to the most “strategic” project of the Asian front of China’s multi-trillion Road and Belt Initiative, the China-Pakistan Economic Corridor (CPEC), making China-Pakistan relations the backbone of Beijing’s projections in South East Asia.

As Khan attended the Davos meeting, there were reports that Xi Jinping, the Chinese president, had just requested that measures be taken to complete the flagship project ahead of schedule. The reason for the move, the reports pointed out, was to send a strong message to the enlarging chorus of Beijing critics: That no criticism or hearty condemnation of  Beijing’s “neocolonial” or “predatory” hegemonic ambitions would derail the enormously strategic CPEC.

President Jinping’s message, it would appear from PM Khan’s answers to his Davos interviewer, was heartily shared by the decision-makers in Islamabad, where it has apparently been drilled into successive governments’ thinking that China, Pakistan’s “friend in need,” is the closest thing Islamabad has to a “special ally.”

“China has helped us. They came to help us when we were at rock bottom, and so we are really grateful to the Chinese government,” Khan said in Davos when asked about his take on CPEC and the torrent of criticism Beijing’s “hegemonic” ambitions have faced of late.

From Khan’s perspective, the waves of “negative” comments that have greeted China’s economic and political assistance to countries like Pakistan come from those who do not really get how critical China’s help has been–and still is–to poorer countries seeking inspiration and guidance from Beijing. From Khan’s vantage point, for him to even think of engaging with–or legitimating–criticism of China would be a perfect embodiment of ingratitude.

But in strongly defending the bright side of China-Pakistan relations, Khan was following in the footsteps of other Pakistani PMs, with some of Khan’s predecessors having been almost poetic in their effusive praise of China-Pakistan ties.

In late 2010, for instance, Pakistan’s then-PM, Syed Yusuf Raza Gilani, spoke of the Beijing-Islamabad bilateral ties as a romantic love between two countries whose “feelings” and “sentiments” for each other have stood the test of time and external criticism. “Pakistan China friendship is higher than mountains, deeper than the ocean, stronger than steel and sweeter than honey,” one Pakistani daily quoted Gilani as saying.

Khan’s Davos message was not nearly as effusive, but the feeling was the same, unchanged in decades of consecutive–sometimes ideologically divergent–Pakistani governments. But the undertone, the underlying point of Khan’s comments lay elsewhere entirely.

In the context of China’s growing assertiveness in Pakistan, Khan’s gratefulness-filled remarks were in many regards a preemptive response to a question he felt was coming: Can Pakistan criticize China when Islamabad deems that some steps taken by its “special friend” are out of synch with values or ideas Pakistan holds dear, essential to its identity or diplomacy?

Linked to that question is the now popular, prevalent notion of China’s “debt trap” diplomacy.” The idea, mostly originating from Beijing’s competitors–notably Australia, India, and the US– in Asia, is that China’s extremely attractive “no strings attached” lending is a fallacy. Lurking beneath Beijing’s lending largesse, critics have maintained, is a strategy to engineer the unquestioned adhesion–sometimes subservience–of countries to China’s strategic interests.

That argument has been enthusiastically picked up by specialists and journalists alike, with respectable, influential papers like the New York Times and the Guardian running news reports or analyses that have explored the perils of China’s “lending practices.”

But there has been a backlash. Last December, Deborah Brautigam, a leading China-Africa scholar, wrote an insightful paper in response to what she described as an “overblown,” misleadingly exaggerated narrative about China’s loans and corresponding diplomatic assertiveness in low-income countries in both Africa and South East Asia.

From Brautigam’s perspective, the “China debt trap” argument is at best a myth, at worst a politically charged instrument used by China’s political rivals (especially Western countries) and uncritically picked up by journalists looking for big stories that sell, regardless of whether or not such stories are factually grounded. While she acknowledged that there are “reasons for concerns about new developments in Chinese engagement overseas,” Brautigan maintained that the “debt trap” argument lacks compelling supportive data, that it does not stand rigorous scrutiny.

“The evidence so far, including the Sri Lankan case, shows that the drumbeat of alarm about Chinese banks’ funding of infrastructure across the BRI and beyond is overblown,” Brautigam wrote. To critics’ “negativity bias” against China’s presence in the Global South, she proposed what she hopes is a much more nuanced, objective reading of China’s rising diplomatic prowess. She concluded: “The story of Chinese lending is far more complicated, interesting and potentially developmental than it is currently portrayed.”

In the specific case of China-Pakistan relations, other, less nuanced analyses have keenly suggested that warnings of China’s “predatory” lending come from policy-making and thinking circles controlled by Beijing’s rivals in the race for global dominance.

According to proponents of this narrative, the anti-China warnings are therefore inherently misleading and only interested in tarnishing China’s reputation. As it happens, some analysts have argued, the flag-raising negativity is bound to “fall on deaf ears” in Islamabad.

“The China-Pakistan Economic Corridor (CPEC) is not a creeping colonization project as many experts portray it,” a Pakistani researcher recently wrote. “Deep down the issue is a power struggle, instigated by the US and India against China and Pakistan.”

But back to PM Khan’s Davos interview: While the Pakistani leader did not engage in “deciphering the myths” behind the notion of China’s “debt trap” diplomacy, he did take refuge in a telling diplomatic sleight of hand by suggesting that some of Beijing’s critics should take a more critical look at their own record on some issues.

After declining to criticize Beijing’s repression of Uighurs, Khan took a jibe at India, a known critic of the Pakistan-China relations.  The plight of China’s Uighurs, he argued, is “nothing compared to what’s happening in India, in Kashmir…. You cannot compare the scale.”

Again, Khan’s persistent refusal to even tangentially criticize China’s rounding up of its Muslim minorities runs deep in the official thinking in Islamabad.

Late last year, amid worldwide criticism of China’s “Uighur genocide,” journalist Mehdi Hassan confronted Pakistan’s Human Rights Minister Shireen Mazari on why her government, usually vocal on Muslim issues the world over, was uncharacteristically silent on the plight of China’s Muslim minorities. “We talk to the Chinese government. When we get evidence, we take it up but China is an ally and we would not go screaming on the streets about it,” the Pakistani minister said.

Mazari’s point about not “screaming on the streets” when it comes to things that could embarrass or enrage a much-valued ally shares a basic premise with PM Khan’s insistence on being “grateful” to China for being Pakistan’s “all weather” friend and debtor. They both speak of the high risks of being vocal when o“strategic interests” are at stake. And that’s the missing element in pertinent analyses like Brautigam’s.

The feeling of desperate indebtedness, or the “debt trap,” as more theory-oriented scholars have shown in other contexts, does not only concern numbers and data, or the unsustainability of loans or financial contracts. Seen from outside the purview of pure economic analysis, the essential problem with debt, whatever its motives or benefits,  is that it gives the creditor country the possibility of dictating the heavily indebted country’s behavior or conduct.

The basic rationality of debt is an unarticulated agenda of subjection, estrangement, alienation, or limitation of the freedom of movement of he or she who owes a lot to a third party. In other words, it is practically impossible to be vocal or bold vis-a-vis a debtor on whose largesse one depends.

As a recent Washington Post editorial put it after Pakistan and some other Muslim majority countries unabashedly sided with China’s defensive narrative of its Uighur policy, Pakistan and other Muslim countries’s “shameful capitulation” to Beijing’s Uighur narrative provided “an augur of what international affairs will look like if the Chinese regime of Xi Jinping realizes its global ambitions: a world where most states meekly submit to Beijing’s dictates and endorse its crimes.” 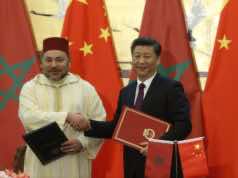