Morocco has the short end of the stick in its trade partnership with Egypt.

Rabat – The volume of trade between Egypt and Morocco amounted to $681 million in 2019, continuing the steady increase recorded in past years.

Egypt is the primary beneficiary of the trade relationship, reaching $540 million in exports to Morocco in 2019.

This disparity reflects a recurring issue in Moroccan-Egyptian trade.

In 2017, Egypt’s exports to Morocco reached $392 million, while imports from Morocco stood at only $113 million.

A bid to boost cooperation

Egypt’s Minister of Industry Neven Gamaa announced the 2019 figures yesterday during a meeting with the Moroccan Ambassador to Egypt Ahmed al Tazy in Cairo.

The two parties reviewed means of bolstering economic cooperation between Egypt and Morocco.

The Moroccan ambassador expressed the country’s interest in improving economic ties with Egypt, given the deeply-rooted historical and political relations between the two countries.

Al Tazy also called for the promotion of economic relations and encouraging partnerships between the Moroccan and Egyptian private sectors to provide promising investment opportunities in both countries.

The Egyptian minister asserted the importance of achieving industrial integration and increasing exports to European, Arab, and African markets.

She went on to underline the benefits of bilateral cooperation under the Agadir Agreement, which has helped upgrade industrial products in the four signatory countries—Egypt, Jordan, Morocco, and Tunisia—with the aim of exporting to the European market.

The Agadir Agreement came into force in 2007 and has helped enhance trade exchange between its member states.

The minister also pressed the need for exchanging expertise in the economic field especially the exchange of advanced technologies and training programs.

Morocco-Egypt relations, while not hostile, have waned since 2014 under the presidency of General Abdelfattah el-Sisi.

The countries have maintained diplomatic niceties but have failed to initiate any substantial developments in economic, political, or cultural relations.

The Egyptian organizing committee of the 2019 Africa Cup of Nations (CAN) included the flag of the self-proclaimed Sahrawi Arab Democratic Republic (SADR) in the event’s ticketing services.

Egypt, as the host of CAN 2019, apologized to Morocco for both incidents. However, Morocco-Egypt relations have failed to grow beyond the Agadir Agreement.

Read also: Why Moroccan Relations with Egypt Have Deteriorated Under el-Sisi 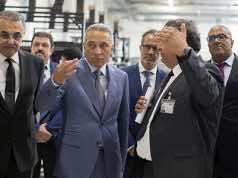 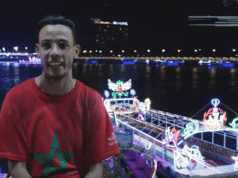 Video: This is How Egyptians Show Solidarity