Morocco enjoys a good reputation in the MENA region in terms of interfaith and intercultural dialogue.

Rabat – “Religious tolerance is part of the collective conscience of Moroccan society,” said Morocco’s permanent representative to the UN in New York, Omar Hilale, during a meeting on the fight against hate speech and the incitement to discrimination.

Morocco organized the meeting on Tuesday, February 4, in New York, in collaboration with the UN Office for Genocide Prevention and the Responsibility to Protect.

Hilale highlighted the long tradition of religious and spiritual tolerance in Morocco, where religions have coexisted for more than 12 centuries. The Moroccan diplomat cited the coexistence of mosques, churches, and synagogues in different Moroccan cities.

The Moroccan ambassador also recalled the visit of the head of the Catholic Church, Pope Francis, to Morocco in March 2019.

During his visit, the pope congratulated Morocco for having provided “solid training in the fight against all forms of extremism and all offenses against religions.”

The initiatives include the Rabat Action Plan prohibiting any incitement to racial or religious discrimination, the Marrakech Declaration on the rights of religious minorities in the Muslim world, signed in January 2016, and the Fez Action Plan on the role of religious leaders to prevent incitement to violence, launched by UN Secretary-General Antonio Guterres in July 2017.

The meeting at the UN’s New York headquarters was also an opportunity for Hilale to recall the adoption of the Moroccan resolution on the fight against hate speech: “Fight Against Hate Speech: Promotion of Interfaith and Intercultural Dialogue and Tolerance.”

The resolution, first presented in July 2019, was co-sponsored by 90 UN member states.

Hilale also gave recommendations that could help the international community to combat hate speech, calling on all stakeholders to find synergies with the UN system.

“The creation of a common platform that will merge all launched or underway initiatives remains important to reduce duplication,” he said.

The ambassador suggested the creation of a UN institute for international religious scholars who would provide training, supervision, and advice on how they could use their prominent role in their respective communities to promote a culture of peace, harmony, and coexistence.

The majority of the UN’s member states took part in the meeting, as well as members of civil society, who lauded Morocco’s efforts in the fight against hate speech. 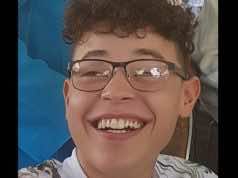 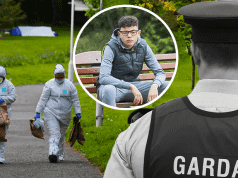