The showroom, 400 square meters large, will be off Casablanca’s Boulevard Sidi Abderrahmane.

By
Susanna Spurgeon
-
Susanna is an editor at Morocco World News.
Feb 14, 2020

Rabat – The luxury sports car maker Aston Martin will open its first dealership in Morocco in Casablanca between April and June.

Not only will the dealership be the first of the British carmaker’s in Morocco, it will be the first in North Africa.

The brand will open its showroom with “Global British Motors,” a subsidiary of the holding company Bugshan Maroc. The showroom, 400 square meters large, will be off Casablanca’s Boulevard Sidi Abderrahmane.

Currently, the closest Aston Martin dealerships to Morocco are in Portugal and Spain.

“Expanding our network into Morocco has been in the planning for some time and we are pleased to have found the right partner in Global British Motors,” said Aston Martin’s president for the Middle East, North Africa and Turkey region, Dan Balmer, as quoted by Egyptian outlet Car News 2Day.

“Aston Martin is greatly appreciated in Morocco and we look forward to sharing the brand with those in the capital with a passion for fine motoring,” Kseibati added.

Read also: The Renault Clio is Morocco’s Most Popular Car

Aston Martin’s Casablanca dealership will showcase the company’s new model, DBX. Balmer called the new model “arguably one of the most important models in our history.” 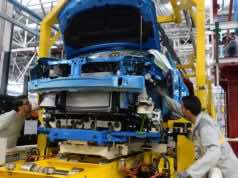 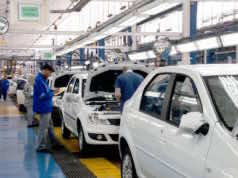 Car Sale in Morocco Registers a New Record in 2016