The actress denied knowing that Tyga made suggestive motions towards her as she danced. 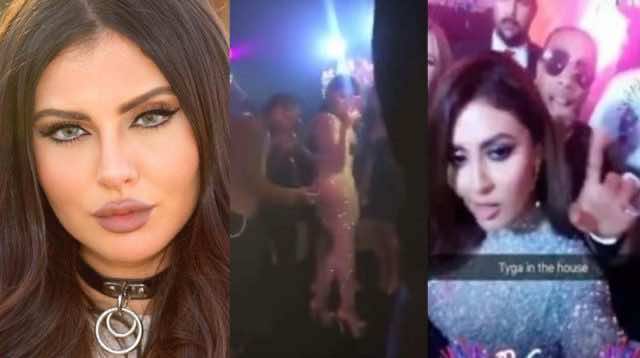 Rabat – The UAE has granted amnesty to Moroccan actress Mariam Hussein, who faced a one-month prison sentence and deportation from the country for the crime of dancing provocatively in public.

Emirati lawyer Salah Al Jassmi filed a case against the Moroccan for her “offensive acts.”

Police arrested Hussein in early February 2018, and she faced a two-month prison sentence and deportation from the UAE upon completing the sentence.

Hussein denied that she had danced provocatively with Tyga, arguing that she was unaware that the singer was so close to her.

“My honor was abused in this video,” the actress argued a day before her arrest. “How can I show consent while I am giving my back to the singer and do not know what is happening behind me?”

“Besides, do you really see that I had assaulted or had been assaulted in this clip? I am African and this is how we dance.”

After Emirati media revealed that Hussein had been released, she posted a statement on her Instagram account.

“Praise be to Allah; I was pardoned by the state of justice and law,” the Moroccan national wrote.

“I would like to thank my country, the United Arab Emirates. May this country grow more glorious and prosperous. I especially would like to thank our sovereign leaders and our sheikhs, the rulers of the state, who laid the foundations of justice and equality for all those who live in this nation which is dear to our hearts,” the 31-year-old actress continued.

“Today I’m reaping the fruits of justice and I ask God the Almighty to add to the glory and pride of this country over time, and I would like to thank everyone who supported me in the moments of trouble, which passed in peace.”

“Chnou Bghiti Nti:” A Campaign for Gender Equality in Morocco