This year’s competition gathered 1,700 young fashion designers from 110 nationalities around the world.

The 33-year-old designer is representing his brand “Casablanca.”

He described the brand in an interview with Vogue Magazine in 2018 as “a French brand with a souvenir of Morocco”.

“I mean, Casablanca to me is always a word that sounds like vacation,” the designer told Vogue, adding that his parents met in the Moroccan city.

This year’s competition gathered 1,700 young fashion designers from 110 nationalities around the world.

The 20 remaining participants are set to compete in the upcoming semi-finals.

The 20 artists will present their designs on 27 and 28 February to a jury of 68 experts in the fashion field.

Only eight participants will make it to the final of the LVMH award.

The final round of the competition will be in Paris, at the LVMH building on June 5, and will announce the winning designer to get the amount of €300,000.

This is not the first time Morocco has taken the fashion capital by storm, as Moroccan Kaftans dominated the 34th Oriental Fashion Show at the Carrousel du Louvre in January.

Morocco has long been an inspiration to the fashion world either through its designers or its culture. Lebanese designer Zuhair Murad released on July 2019, his Morocco inspired collection, in which the Marrakech inspired ochre color marked his products.

Online magazine “Business of Fashion” also selected three Moroccan women among the most influential women in the fashion industry. 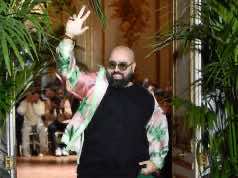 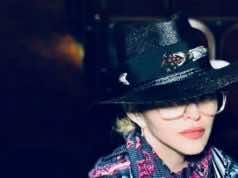