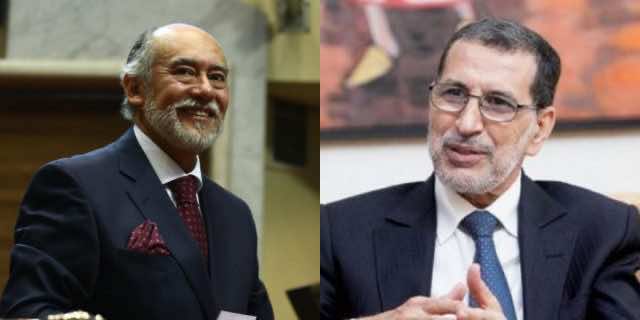 During a meeting in Rabat yesterday, Flores said that the position of the Chilean Chamber of Deputies on the issue of Moroccan Sahara is only the position and policy of Chile.

The Chilean official added that his country supports the UN-led political process in Western Sahara and the Moroccan autonomy initiative.

Flores also expressed his country’s firm determination to consolidate economic relations with Morocco and to improve the volume of bilateral trade, emphasizing the kingdom’s strategic position and the potential for strengthening these ties.

El Othmani underscored the excellent level of Moroccan-Chilean relations and the historic nature of diplomatic ties between the two countries, according to a press release from the head of government.

The head of government suggested that a Moroccan-Chilean business forum would give a strong impetus to bilateral economic and trade relations.

The Moroccan official added that there are several positive factors favoring the development of bilateral relations, including language.

A large number of Moroccans are fluent in Spanish, Chile’s official language, due to Spain’s colonization of Morocco.

Flores is in Rabat on an official two-day visit and has held talks with several Moroccan officials.

Morocco and Chile have long enjoyed warm relations and have cooperated in the economic, cultural, and political realms for several years.

As bilateralism continues to flourish, Morocco may be courting Chile to be the first South American country to inaugurate a diplomatic representation in Western Sahara.