Strengthened cooperation with Mauritania would constitute a milestone for Morocco’s diplomacy, whose role is to gain more support for the country’s territorial integrity.

Rabat – Minister of Foreign Affairs Nasser Bourita flew to Mauritania on Tuesday as part of a wider initiative to boost cooperation and strengthen diplomatic ties between Morocco and its closest neighbors.

A statement from the ministry said the visit is in line with the “strong relations between the two countries, their peoples,” and the common desire to expand cooperation to reach the level that the leaders of the two countries hope for.

“The visit also comes in a regional and international context characterized by multiple challenges, especially with regard to security and development in West and North Africa, which calls for more discussion and cooperation,” the ministry statement said.

Morocco’s security officials and senior personnel have long warned about the situation in the Sahel, saying that the region has become a breeding ground for terrorists and drug dealers.

Terror groups, including ISIS, are expanding their presence due to lack of security cooperation in the region. Morocco’s government called for a shared responsibility between African partners and the Maghreb region to end the struggle in Sahel.

Amid increasing challenges, Morocco called for security cooperation with its neighbouring countries, particularly Mauritania and Algeria.

Both countries are parties to the Western Sahara conflict, a priority dossier for Morocco. The North African country continues to struggle to protect its territorial integrity against maneuvers by the Polisario Front and Algeria. The breakaway group seeks independence for Western Sahara, a territorial claim that the Algerian government supports.

Earlier this month, the Moroccan FM spoke about the lack of security cooperation in the region.

In a remark to MPs at the House of Councillors earlier in February, Bourita extolled relations with Spain, stating that the exemplary security collaboration between Rabat and Madrid is “unfortunately” not mirrored in its relations with its African neighbors, Algeria and Mauritania.

The eastern neighbor has been financing, sheltering, and arming the breakaway group for decades. Diplomatic relations between Rabat and Algiers are frozen due to the Algerian position on the conflict.

Relations between Nouakchott and Rabat, however, are politically stable despite Mauritania’s ties with the Polisario Front.

Mauritania is a key player in the ongoing UN-led negotiations on Western Sahara. Morocco’s government is keen to gain Nouakchott’s support for its Autonomy Plan.

Recently, however, the Polisario sensed a major shift in Mauritania’s policy with regards to the conflict. Mauritania holds a more neutral position, helping to improve relations with Morocco.

Last month, Mauritania and Morocco signed a Memorandum of Understanding (MoU) to promote cooperation, including in trade.

The two countries also discussed means of consolidating and strengthening cooperation between their armed forces.

Mauritania’s cooperation with Morocco and increased neutrality in the Western Sahara conflict angered Polisario. The breakaway criticized the “ignorance” of Nouakchott last year after Mauritanian President Mohamed Ould Cheikh El Ghazouani made no reference to the Western Sahara conflict during his speech to the 74th Session of the General Assembly at the UN on September 24, 2019.

Pro-Polisario news outlets, including Futuro Sahara, said that the President ignored the conflict.

The news outlets reported that the president, “cynically” made no reference to Western Sahara, suggesting that this choice was politically motivated.

It remains to be seen whether Morocco’s diplomacy will make further steps towards convincing Mauritania to join the growing ranks of African countries that support its position on Western Sahara and the Autonomy Plan. 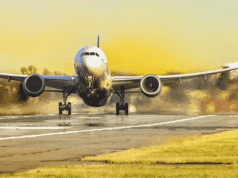