Morocco must cautiously consider its competing interests as two global powers bid to construct a high-speed line between Marrakech and Agadir. 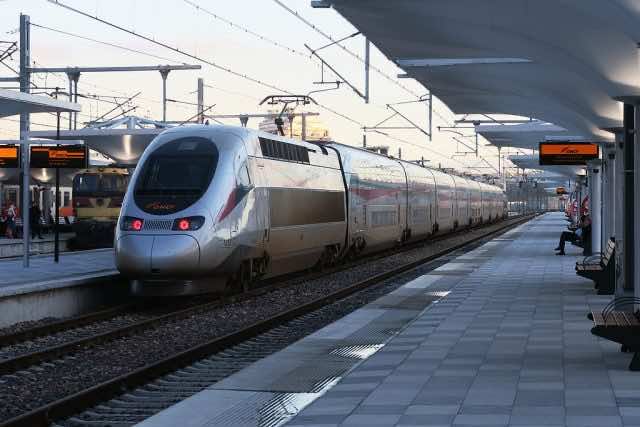 Rabat – In a speech delivered on the 44th Anniversary of the Green March, Morocco’s King Mohammed VI  said: “The Green March has always been the best illustration of the effective cohesion between the Throne and the people.”

“For this reason,” he continued, “I invite the authorities concerned to give serious thought to the development of a rail link between Marrakech and Agadir, as a first step before extending it to the rest of the southern regions.”

The Green March was a mass peaceful demonstration coordinated by Morocco that led to the eventual concession of the Western Sahara territory by Spain in 1975, giving it an iconic place in the country’s history.

Extending Moroccan rail line infrastructure south into the Western Sahara region, as King Mohammed VI is requesting, would be a move towards further consolidating Morocco’s territorial integrity by linking the cities of Laayoune and Dakhla with the rest of the kingdom and a Marrakech-Agadir rail line would be the stepping stone.

If the proposal for a high-speed line (TGV) between Marrakech and Agadir were to come to fruition, it would connect two highly-traveled tourist destinations in Morocco- together. Marrakech and Agadir attract 57% of tourists staying overnight in Morocco, according to the Morocco Ministry of Tourism. It would also be Morocco’s second high-speed rail line after it constructed Africa’s first TGV line in 2018 between Casablanca and Tangier.

The first TGV project between Casablanca and Tangier cost €2.1 billion (MAD 22.1 billion), with 51% of the cost being loaned by France, according to Agence Francaise de Developpment (AFD). While Morocco’s state-owned rail company  ONCF has also mapped plans for an expanded €3 billion project connecting major cities all over Morocco, the massive investment loss to France if China were to acquire the contract for a new TGV line would still be immense.

The history of Morocco in the 20th century was largely defined by the French protectorate that controlled Morocco until 1956, and French influence is still apparent in the infrastructure and economy of present-day Morocco. AFD has described the massive investment that France has in the Casablanca-Tangier railway project alone, making Morocco a leader in high-speed railway travel on the African continent.

Aside from the €1 billion invested into the Tangier-Casablanca rail line, French investments in Morocco have extended into other industries such as education and employment. The AFD’s Moroccan development programs alone have exceeded €5.6 billion since 1992.

The debt that Morocco is accruing through billion-dollar projects harkens to the 1904 era, when the French protectorate took root following a massive financial investment by France in the Moroccan government, anticipating an opportunity to seize governance amidst competing colonial powers.

Though colonial control is no longer a feasible long-term goal for nation-states, maintaining financial control through loans is a powerful tool for a world power like France, giving it a foothold in its relations with its ally, Morocco.

China has its own ambitions for international affluence through investment in infrastructure and technology. Its infamous ‘Belt and Road Initiative’ (BRI) launched in 2013 as a massive project to install transportation lines in foreign nations in order to establish global economic and political independence as a world power. The BRI has been likened to the ancient Chinese ‘Silk Road’ project of the Han Dynasty.

Skepticism from western powers toward China’s motives stems from its ‘Made in China 2025’ project, in which Beijing seeks to become a frontrunner in a plethora of industries, including high-end rail infrastructure. As a part of that plan, it has already attempted to enter into deals that would require partner nations to share technological and industrial developments, giving China an edge in numerous industries on the backs of its business partners.

Borrowing funds for a billion-dollar project is justifiable in the case that the long-term investment will be valuable against the metric of regional security and profitability. Moroccan decision-makers must weigh the risk of borrowing against the added value of an efficient transportation system that is still new to Africa.

Morocco has already taken a leading role in promoting the development of Africa as a continent, setting the example in current areas of high interest, such as environmental conservation, education, infrastructure, and security.

A high-speed rail line would significantly improve the flow of commerce and traffic between the two most popular cities for tourism in Morocco, not to mention the production of jobs surrounding the industry. Railway travel is also an efficient mode of transportation that is both clean and sustainable for the environment.

Another $2 billion rail line project, however, would be a very high cost for Morocco, as it is still paying off its Tangier-Casablanca rail project. Given the vast funding required for the project, other areas of interest may be considered a higher priority for the Moroccan government.

Morocco has placed 123 out of 189 countries on the Human Development Index (HDI) report for 2018, its low position being due to gaps in areas like education and illiteracy, all issues on which the African Union seeks improvement across the whole continent.

On the contrary, Morocco’s improving HDI numbers over the last few years are a positive indicator that its recent decisions- including its investment in the Casablanca-Tangier rail line- are becoming of a continental leader in sustainable development.

If a feasible plan is developed to fund a high-speed link between Marrakech and Agadir, it would produce a significant source of long-term economic growth in Morocco.

Among the development goals laid out by the African Union, the profit of a high-speed rail network would cover a multitude of issues, promoting African economic independence and interconnectivity, and promoting further investment both foreign and domestic.

If Morocco proceeds with this project, the major question is to whom they will entrust the project. With France and China both seeking a growth of influence in Africa, economic security must be a primary concern in business negotiations.

Settling on an investor who will commit to sustainability in Africa will make a new high-speed rail line not just a show of progress in Morocco, but a long-term investment into the continent as a whole. 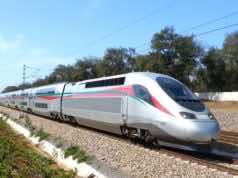