The Moroccan government has launched a number of development projects in the city to improve its infrastructure.

Rabat – The world’s largest small-group adventure travel company, Intrepid Travel, has listed Morocco’s Dakhla in its annual “Not Hot” list as one of the world’s most underrated destinations to visit in 2020, reports Lonely Planet.

Intrepid encourages tourists to travel to Dakhla by offering a trip that includes Marrakech and Dakhla for those seeking an adventure.

Dakhla’s white sand dunes, crystal clear beaches, and renowned seafood are reasons mentioned by the travel company as to why Dakhla is a destination to consider for upcoming holidays. The company also mentions the hospitality of the locals and the beautiful Sahara Desert.

Dakhla, known by many as a paradise for kitesurfing, is progressively establishing itself as a well-known tourist destination.

The Moroccan government has launched a number of development projects aimed at improving the infrastructure and boosting tourism in Dakhla.

On July 20, 2019 the former Minister of Tourism, Air Transport, Handicrafts, and Social Economy, Mohammed Sajid, announced that tourism in the Dakhla-Oued Eddahab region has increased by 21%.

In 2019 a record number of nearly 13 million tourists visited Morocco. French tourists represented the largest group of visitors to Morocco with a total number of 1.99 million French citizens visiting the country.

Popular tourist hub Marrakech upheld its reputation as one of the world’s most beautiful cities, remaining in the top spot as the most visited Moroccan city in 2019 with almost 3 million visitors. 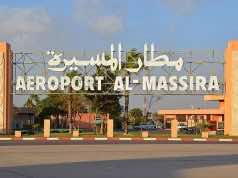 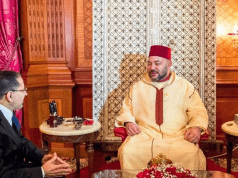