Africa Motors celebrated the entry of the new vehicle into the market on February 19. 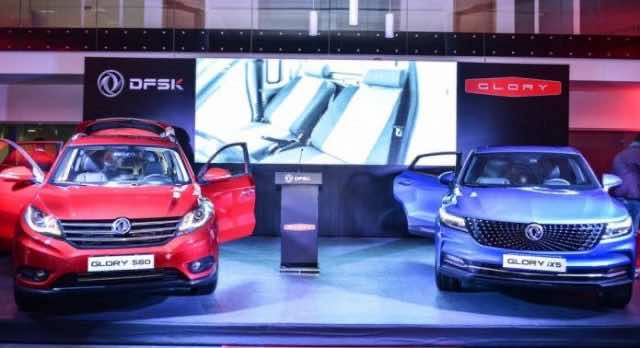 Rabat – Africa Motors is launching its new range of cars Sport Utility Vehicle (SUV) in Morocco. The SUV is the newest model of DFSK, a Chinese car brand. The company is expecting its new car to revolutionize the Glory 580 and the Glory IX5.

Africa Motors is a subsidiary company of the Auto Hall Group. It launched in 2015 with the aim of developing the activities of Auto Hall with its Chinese partners in the car business.

DFSK is a Chinese joint venture between Dongfeng and Chongqing Sokon Industry Group formed in 2003 to produce trucks and passenger vehicles.

Africa motors decided to introduce the Luxury versions of Glory 580 and Glory IX5 sport vehicles (SUV). The luxury cars have safety requirements such as airbags and anti-lock braking system (ABS).

Africa Motors offers a manufacturer’s warranty of 7 years and 150,000 Kms. The Glory 580 is also equipped with a 1.5L turbo petrol engine and develops a power of 150 CV. The car’s average consumption is 7.5L per hundred kilometers.

The Glory IX5 is also equipped with a 1.5L turbo petrol engine and develops a power of 180CV.

The Glory 580 is already available in Europe. It is circulating in countries like Spain, Italy, and Germany. It is on sale in Auto Hall at €251 4280 without registration fees. The Glory IX5 costs MAD €314 5480, also excluding registration fees.

Africa Motors has sold more than DFSK 4000 vehicles since 2016 according to Industries.ma.