The Saudi Arabian Ministry of Foreign Affairs confirmed the rumored visit of El Himma in a tweet.

The message also reaffirms the monarch’s “firm will to develop the distinguished partnership” between Rabat and Riyadh in all areas.

The visit of El Himma and Bourita to Saudi Arabia comes amid rumors that King Mohammed VI is planning an official visit to the kingdom in early March.

The visit of officials also comes just a day after a high-level delegation from Saudi Arabia led by the President of the Saudi Consultative Assembly or Shura Council to discuss bilateral relations, visited Rabat.

El Himma and Bourita’s official trip to Saudi Arabia, however, coincided with the visit of President of Algeria Abdelmadjid Tebboune.

MBS met with Tebboune yesterday to review aspects of bilateral relations between Algiers and Riyadh. Tebboune’s visit to Saudi Arabia is his first foreign trip since his appointment as a president in December 2019.

The meetings with Gulf leaders came a few weeks after Tebboune complained about the lack of cooperation between France and Algeria. He also accused Morocco of lobbying against Algeria’s relations with Macron’s government.

Algeria is a key supporter of the Polisario Front and continues to challenge Morocco’s territorial integrity and sovereignty over Western Sahara.

In addition to the lobbying allegations, Tebboune said Algeria proposes “peaceful solutions to regional crises,” but Morocco’s “lobbies always find a way of intervening, claiming that Morocco is concerned too.”

The comments targeted Morocco’s efforts to mediate in the Libya crisis.

The Moroccan government has been undertaking mediation efforts to end the conflict in Libya for years. The efforts were crowned by the 2015 Skhirat Agreement that sought to establish a unity government in the country to end the crisis.

The Algerian government is now attempting to gain ground in the Libyan political process amid internal political crisis and the UN calls for non-interference in the domestic affairs of other countries. 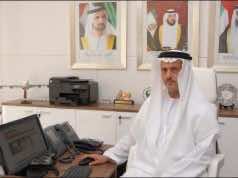