The Dominican Republic is one of the Caribbean countries with the strongest ties to Morocco.

Rabat – The Dominican Republic has pledged to reiterate its support for Morocco’s territorial integrity during the upcoming meeting of the Working Group of the UN Commission on Human Rights.

The UN Commission on Human Rights is set to hold meetings for six weeks between March and April in Geneva, Switzerland.

Dominican ambassador to Morocco, Grecia Fiorda Licia Pichard, made the statement during a ceremony commemorating the 176th anniversary of her country’s independence on Thursday, February 27.

The Caribbean country supports several Moroccan initiatives and proposals in international frameworks, affirmed the ambassador, citing the Dominican support for the “Declaration on the territorial integrity of the Kingdom” presented at the 43rd session of the UN Human Rights Council.

The session started on February 24 and is set to last until March 20.

Licia Pichardo recalled the visit of the Dominican President to Morocco in 2002, followed by the visit of King Mohammed VI to the Caribbean country in 2004.

The two visits marked important milestones in the strengthening of ties between the countries, she added.

The diplomat commended the relations between Morocco and the Dominican Republic, affirming that they are getting stronger and that the two countries share many common interests.

The Dominican Republic is among the countries that express steadfast support for Morocco’s territorial integrity, both during bilateral meetings and on the international stage.

In June 2019, the Dominican President Danilo Medina reiterated his country’s support for Morocco’s sovereignty over Western Sahara. During a visit of Morocco’s Foreign Minister Nasser Bourita to the Caribbean, the president expressed his satisfaction with Moroccan-Dominican relations.

Bourita’s visit was also marked by the signing o a series of agreements, including one that exempts Moroccans from visa requirements when visiting the Dominican Republic. 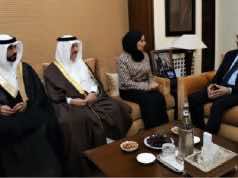