The meeting is part of the strengthening of cooperation relations between Morocco and the USA, according to a statement by ONEE. 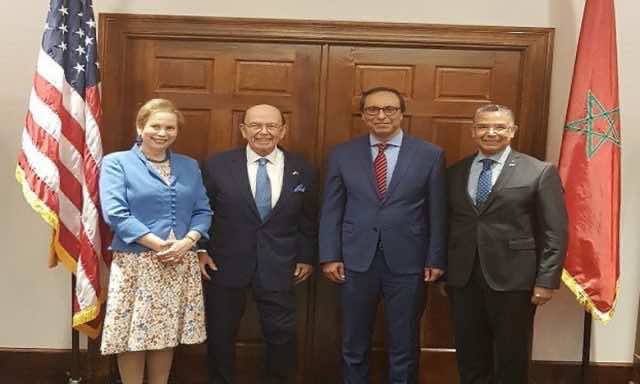 Rabat – Director general of the National Office of Electricity and Drinking Water (ONEE), Abderrahim El Hafidi held, on Friday in Rabat, a working meeting with a US delegation, devoted to the exploration of collaboration and investment opportunities in the field of water and electricity in Morocco.

The meeting is part of the strengthening of cooperation relations between Morocco and the USA, according to a statement by ONEE.

During the meeting, El Hafidi highlighted the importance given by Morocco, under the leadership of King Mohammed VI, to the development of the water sector.

For his part, Steff praised Morocco’s major achievements in the field of water, stressing that the national plan for drinking water and irrigation 2020-2027 is a model for the world, the statement noted.

He also expressed the interest of US companies specialized in water technologies to support this strategic plan, particularly in the areas of dams, seawater desalination, and performance improvement.

In addition, Steff highlighted US expertise in the energy field and expressed the willingness of American companies to work with their Moroccan counterparts on projects that will promote and develop local skills.

At the end of the meeting, it was agreed to establish a partnership framework to take advantage of the opportunities for technological and commercial cooperation between the United States and Morocco in the fields of drinking water, sanitation, and electricity, stressing the importance of the aspects of technological innovation, research, and development.

In this regard, the two parties decided to work jointly to draw up a memorandum of understanding that will be signed at the US-Africa Business Summit, to be held next June in Marrakech, the statement concluded.