This is not the first time for police in Italy to expel a Moroccan national for security concerns.

The expulsion of the Moroccan national happened on Friday of last week.

Authorities in Italy expelled the man for his links to another  suspect arrested on terrorism charges with ISIS, Cesena Today reported.

The arrested man was spreading terror propaganda seeking to promote ISIS and its actions. The man is also said to have sought to recruit new people.

Subsequently police arrested and expelled the Moroccan 34-year old man for his connection with the other arrested suspect. The Moroccan national arrived in Italy last year for “sporting reasons.”

“The constant attention of police and the continuous monitoring of public security activities in our area allow to obtain these great results of prevention,” mayor of Savignano Filippo Giovanni said after the arrest.

This is not the first time for the police to arrest Moroccan nationals and expel them for security reasons.

The interior minister added that the 41-year old man was “investigated for expressing praise for the Al Baghdadi caliphate and supporting ISIS who fought in Syria.”

In January of last year  the security services in the European country expelled a 37-year old Moroccan for risk of radicalization.

Moutaharrik is a Moroccan kickboxer who received a six-year prison sentence in 2016 on terror charges. He is known as the “ISIS Boxer.” 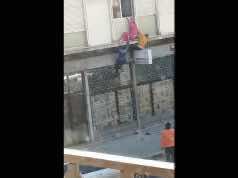 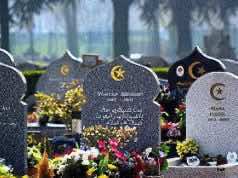