The producer price index measures the costs of products from the viewpoint of industries.

The PPI is an index that measures the average changes in prices received by manufacturers for their output. The index measures costs from the viewpoint of the industries that make the product rather than the perspective of consumers.

The PPI for textile manufacturing and the leather and footwear industry increased by 0.3%, while the index for the automotive industry and fabricated metal products excluding machinery and equipment saw a 0.1% rise.

Meanwhile, metallurgy’s PPI fell by 4.1%. The index of beverage manufacturing and rubber and plastic products also decreased, by 0.5% and 0.4% respectively.

Despite the PPI being different from the consumer price index (CPI), they usually have a proportional relationship.

In recent months, the CPI has been slightly fluctuating. The most recent CPI issued by the HCP, dating to November 2019, recorded a decrease of 0.4% in comparison to October. The index, however, increased by 0.4% compared to the same month of 2018.

According to the CPI, Casablanca and Fez are the cities with the highest prices in Morocco.

The Moroccan government has said the CPI is not representative enough of Moroccans’ purchase power. On January 2, the government council discussed ways to improve the index so that it reflects Moroccan society more accurately. 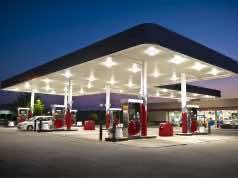