Moroccan women are often depicted in Western media outlets and public for a as powerless and passive victims of patriarchy.

Rabat – Moroccan women are often depicted in Western media outlets and the public as powerless and passive victims of patriarchy.This depiction is increasingly nourished by a spectacular proliferation of Islamophobia in the Western world.

The danger here is that such depictions disseminate a homogenizing discourse that sidelines the attested opportunities of empowerment and the tremendous potential of women in Morocco as genuine agents of change.

Calling for cultural diversity along with equality brings in Amazigh feminist activists who seek to counter staunch stereotypes that still plague the mentality of some scholars with parochial views on the history of Morocco. These activists seek to highlight the heterogeneity of Moroccan women, their diverse languages, the distribution of power, and the general socioeconomic and sociopolitical gaps between men and women.

By so doing, these relatively new activists are presenting alternative images of agentive Moroccan women, especially in the media. They remind us that stereotypes about women in Morocco are often incomplete and inaccurate cultural beliefs that some (sometimes highly educated) people hold about Amazigh women and orality and that are encoded in linguistic expressions as well as in underlying academic discourses. As such these discourses constitute genuine violence against women.

The new activists use a multidisciplinary and inclusive approach that seeks to deconstruct false and racist views. They are aware that the media, as a sum of graphic, visual, and textual images that television, newspapers, magazines, and radio advertisements, has a notorious manipulative power and that through subtle and glamorous messages, this media acts on the subconscious of people, shaping their attitudes and behaviors, and interfering with their beliefs and values.

They are also conscious that internalized images have a lasting effect on media consumers in a world where images travel faster than ideas and where the development of new technologies is very rapid.

By addressing diversity and individual freedom, the new activists are becoming a strong weapon of combating violence against women and changing mentalities. What constitutes a novelty here is the activities the new generation of feminist uses: caricature, performance, and social media.

More and more young people of both sexes admit that women should have control over their bodies and the choices they make in connection with them, such as their desire to be pregnant and the number of children they would like to have.

By so doing they seek to implement equality in the present and future. This will certainly help other lobbying instance such as women’s human rights associations to lobby for more legal rights. In the broader picture, gender justice and gender equality are vital for the development of Morocco. In other words, the new activists are both building a clear vision for a better future and innovating in terms of content and strategy.

Gender justice will also improve the language of the law by making it more inclusive of women and their concerns and weeding out some expressions that are ‘derogatory’ to women. It also facilitates women’s access to justice by allowing more among them to access family courts, seek legal advice, etc. Gender justice will allow vulnerable or oppressed women to file for divorce or sue their husbands if they take a second wife without consulting the first wife, etc.

It is important to remember that the Moroccan family law (Moudawana) is encoded in Standard Arabic, a language that is not a mother-tongue and that only highly educated women can understand. The illiteracy rate among women is still high, around 30 to 40%. Even among educated women very few of them understand the legal language.

Knowing the language of the law is very important in this case: it not only leads to easy access to justice but it also gives a woman self-confidence in her transactions with her husband and family at home.

They offer a unique space that not only bridges various gaps in Moroccan society and beyond but also highlights the poorly understood potential of Moroccan women. Indeed, they ensure continuity in Moroccan feminisms which have historically thrived on crossing the boundaries of the prevalent ideological trends such as conservatism, modernism, secularism, and Islamism.

Finally, the new activists promote peace, a new and promising goal. By so doing, these activists enlarge the spectrum of Moroccan feminism and promote women’s security. It is important to note here that the concept of security is a human construct that has been interpreted differently by different people as it depends on diverse contexts and different cultural scripts. Peace is closely related to security.

Hence the new multidisciplinary approach that many emerging Moroccan associations are using forces a new conceptualization of security because women’s sense of security and its breach are different from men’s; thus, a deeper understanding of the social variables that define gender constructions and meanings is needed.

By coupling diversity with peace, the new activists also force an intersectionality approach to gender in Morocco, that is, it forces a more complex view of gender relations in this country that include social variables such geographical origin (rural/urban), class (upper, middle, lower, and destitute), level of education (educated, non-educated, illiterate), job opportunity (formal/informal), linguistic skills (monolingual, bilingual, and multilingual), and social status (married/unmarried), with the latter category covering: “single”, “widows,” and “divorcees.”

Indeed, for the new voices, women carry multiple values that inequality between the sexes renders invisible. These associations deserve respect and encouragement as they work in silence. An example of such associations is the newly created Women for Diversity and Peace (Femmes pour la Diversité et la Paix – AFDP) by the Hiya (her) project, a visionary initiative funded by the Swiss embassy.

Created in 2018 by two Moroccan women, and using a combination of southern and northern gender approaches, the Hya project aims at promoting women as ambassadors of peace in a diverse and plural Morocco. The views of this and similar association is to connect women makers of peace and ultimately create a balanced and sustainable world.

A thumbs up to the new feminists of Morocco! 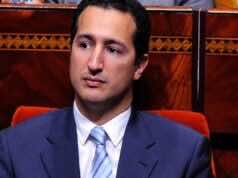