Marrakech – Young programming prodigy Idder Moutia will represent Morocco at the Vex Robotics World Championship from April 22 to 28 in the US state of Kentucky.

The competition allows students to use their technical and cognitive skills in the domain of educational robotics.

Vex IQ Company and AIEM School organized the qualifying competition from February 29 to March 1 in Rabat, with the London Academy students leading the pack of 28 teams.

Moutia is well-known in Morocco as a bright programmer passionate about mastering programming languages.

Morocco is sending eight teams of all education levels, from primary school to university, to represent the North African country in the Vex Robotics World Championship.

The eight teams participating in various categories will face off against international opponents to bring home victories to Morocco. 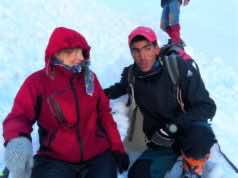