The agriculture minister said it is still early to describe the season as a drought year.

Rabat – Morocco’s Minister of Agriculture Aziz Akhannouch discussed the harsh situation Morocco’s farmers are going through due to lack of rainfall during a parliamentary session at the House of Representatives on March 11.

Akhannouch acknowledged that the country’s agricultural sector is suffering a difficult year, but it is still early to describe this season as a “drought year.”

here is “still hope,” the minister assured. “Some rainfall might radically change things.”

Akhannouch added that the Ministry of Agriculture agreed on immediate measures that “we will work within the next two months to know what we should do and what decisions we should make in case the situation needs a program against drought.”

The department’s forces will make a move at the “right time” in case of an emergency, he affirmed.

The minister’s statement comes amid concerns from Moroccan farmers due to the lack of rain.

Last week, head of the Regional Direction of Agriculture of Casablanca-Settat, Abderrahman Naili, said that his department noticed a decrease in the level of cumulative rainfall and an increase in temperatures, especially in the ‘bours’ lands, which depend only on rainwater.

Meanwhile, “the situation is not alarming for irrigated lands,” Naili said, evidenced in the increase in livestock feed at souks (local markets).

The concerns are similar to complaints raised in 2019, when poor levels of rainfall led to a drop in crop production. 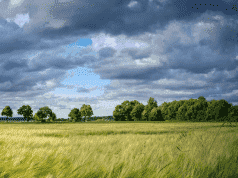