Rabat – Morocco’s National Geophysical Institute (ING) recorded an earthquake yesterday of 2.0 degrees on the Richter scale in the province of Driouch, 55 kilometers from the northern city of Nador.

ING declared that the tremor’s epicenter was in the rural village of M’hajer and happened at 4:22:02 p.m. local time.

Driouch province experienced a stronger earthquake on December 5, 2019, of 4.0 degrees on the Richter scale. The epicenter of the December quake was in the village of Talilit, with a depth of 16 kilometers.

On November 27, 2019, ING recorded a 3.8 degree earthquake in the village of Temsamane, also in Driouch.

The northeast of Morocco has recorded several severe earthquakes, including a quake with a magnitude of 5.2 degrees on the Richter scale, on January 21, 2016, in Nador.

In 1960, the southern city of Agadir recorded the deadliest earthquake in the history of Morocco, a violent shake of 5.8 degrees with a maximum perceived intensity of X (extreme) on the Mercalli intensity scale. 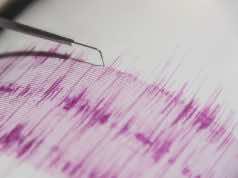