Moroccan tourists stranded in European countries have been calling for help to return to Morocco after flights were suspended and Morocco announced a lockdown.

Rabat – Moroccan diplomatic missions across the world are mobilizing to serve the stranded Moroccan tourists seeking to return to Morocco after tens of countries suspended flights and ferries or imposed lockdowns to prevent the proliferation of COVID-19.

The Moroccan state has received applause for its measures to handle the outbreak of the novel coronavirus.

Along with nationwide efforts to prevent the spread of the pandemic, Morocco’s consulates and embassies, particularly in Europe, have set up help units for Moroccans living abroad.

Spain and Italy, the two European countries with the most infections and deaths due to the novel coronavirus, have large populations of the Moroccan diaspora, known as MREs.

The Moroccan embassies are following the national campaign to assist MREs and Moroccan tourists and organizing their repatriation if necessary.

Some of the Moroccan embassies that are taking increased measures to help stranded Moroccan tourists are those in Italy, Spain, China, Turkey, and France.

The “crisis units” are being deployed at embassies and consulates, according to information received by Morocco World News.

The measure is in line with “the exceptional measures taken both on the national territory, and at the level of the embassies and consulates of the Kingdom.”

Morocco’s diplomatic missions have managed to repatriate 1,000 Moroccan tourists who were stranded across the world.

The procedure took into account people in need or in vulnerable situations as priority cases since Morocco suspended all international flights on Sunday, March 15.

Moroccan tourists have been sharing concerns after several countries imposed lockdowns and suspended flights amid mounting fear due to the spread of the pandemic.

Prior to the worldwide outbreak, Morocco received applause for repatriating 167 Moroccans from the original epicenter of the outbreak in Wuhan, China.

The move was at the request of King Mohammed VI after several videos emerged of Moroccan students who were stranded in China after the virus appeared in December 2019.

The Moroccan embassy in China has also been assisting citizens and helping them acquire information during the lockdown in China.

Moroccans have also expressed satisfaction with other emergency measures. Moroccans were proud of authorities for launching campaigns to sensitize people of the need to stay home to avoid contamination.

Moroccans also extolled King Mohammed VI’s initiative to order a special fund in response to the pandemic. The fund had an initial sum of MAD 10 billion, while other public and private institutions injected significant contributions. The fund reached a total of MAD 22 billion on Friday. 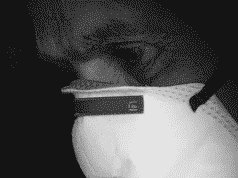 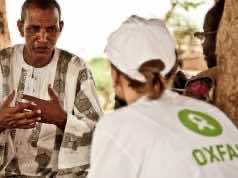