The author of the video claimed to be a specialist in microscopic analyst at the institute, advising people to have daily sexual intercourse to avoid contracting COVID-19.

Rabat  – The Pasteur Institute of Morocco (IPM) condemned a false recording on Monday, March 23, emphasizing that it has taken legal action against the author of the false allegations that were disseminated on social networks.

The IPM’s statement said that the author of the recording claims to be a specialist in microscopic analysis at the Institute.

In the recording, the man advises citizens to have daily sexual intercourse to avoid coronavirus infection.

The content of this audio is “unfounded,” the statement said, clarifying that the author “does not work at the Pasteur Institute of Morocco and has no connection with the establishment.”

The IPM urges all citizens “to be vigilant and not to take part in the propagation of this meaningless recording,” and called for wariness in the face of fake news.

The IPM also advised citizens to also take into account the preventive measures approved by the health authorities to avoid infections.

In the light of the numerous fake news reports that have emerged amid the outbreak of the virus, the Moroccan government approved Law 22-20 related to the use of social media and open broadcast networks on March 19.

Last week, the Public Prosecutor’s Office also gave instruction to the court to tighten measures against anyone who spreads fake news about COVID-19 in Morocco, creating fear and panic among citizens.

Morocco has confirmed 143 cases of COVID-19, including four deaths and three recoveries as of 6 p.m. on March 23. 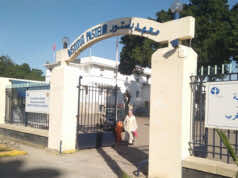