Some regions in Morocco have experienced road-blocking floods. 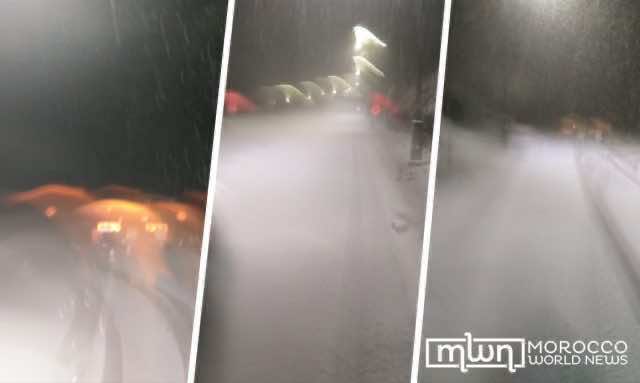 Footage from El Jabha, a small port town in the Rif region, shows a flood blocking a road and separating the town into two parts. The footage shows the muddy floodwaters overflowing onto each side of the road.

The National Meteorology Directorate (DMN) forecasted the change in weather on March 22, predicting orange-level rain (50 to 80 millimeters) and snowfall (10 to 40 millimeters) accompanied by thunderstorms from March 23 to 25.

The substantial precipitation comes amid a difficult year for the agricultural sector in Morocco, which heavily relies on natural water resources. Farmers around the country have expressed concerns over the relatively dry winter season.

The Head of the Regional Direction of Agriculture of Casablanca-Settat, Abderrahman Naili, commented in the first week of March on the decrease in the level of cumulative rainfall and its impact on cereals and vegetables.

However, Minister of Agriculture Aziz Akhannouch rejected earlier this month that the season was a drought year.