The doctor suggested testing COVID-19 vaccines in Africa “where there are no masks, no treatment, and no intensive care.”

Rabat – French doctor Jean-Paul Mira, the head of the intensive care unit at the Cochin hospital in Paris, expressed his apologies to “all those who were hurt” after he suggested testing potential COVID-19 vaccines on African populations during a talk show.

“I want to present all my apologies to those who were hurt, shocked, and felt insulted by the remarks that I clumsily expressed on LCI this week,” said Mira, quoted on a statement issued by his employer, the Paris network of hospitals, on Friday, April 3.

The doctor sparked outrage on social media after he made racist remarks during his April 1 appearance on French television channel LCI.

Mira made the tactless suggestion during a discussion with Camille Locht, the research director at the French National Institute of Health and Medical Research (INSERM), about the BCG tuberculosis vaccine, which is currently trialed as a potential vaccine for COVID-19.

“If I can be provocative, shouldn’t we do this study in Africa where there are no masks, no treatment, no intensive care? A bit like we did in some studies on AIDS. We tried things on prostitutes because they are highly exposed and do not protect themselves,” he said.

“Assassins!” Eto’o commented on Twitter. “Africa is not your playground!” he continued in a different publication on Facebook.

Drogba tweeted, “Africa isn’t a testing lab! I would like to vividly denounce those demeaning, false, and most of all deeply racist words.”

The Moroccan Lawyers Club also slammed the French doctors, announcing that they will file a complaint for defamation and racism.

The lawyers’ collective described the exchange between the two Frenchmen as “hateful and racist.”

INSERM, Locht’s employer, also issued a statement following the incident. However, instead of presenting an apology, the institute justified Locht’s crude remarks by saying they were “wrongly interpreted.”

“Africa should not be forgotten nor excluded from research because the pandemic is global,” INSERM said after explaining that tests of the vaccine will start in several European countries, such as the Netherlands, Germany, France, and Spain. 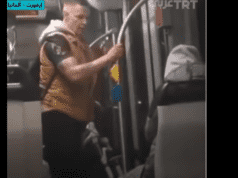