The trembling was measured one kilometer deep, at 32.632 degrees North and 3.474 degrees West.

Rabat – Morocco’s National Geophysical Institute (ING) recorded an earthquake of 3.2 degrees on the Richter scale yesterday in the province of Figuig, 373 kilometers from the northeastern city of Oujda.

ING declared that the tremor’s epicenter was in the rural village of M’hajer and occurred at 2:08:07 a.m. local time.

The trembling was one kilometer deep, at a latitude of 32.632 degrees North and a longitude of 3.474 degrees West, ING added.

Figuig experienced a stronger earthquake on July 5, 2017 of 4.5 degrees. The epicenter of the July quake was in the village of Maatarka.

Northeastern Morocco recorded several severe earthquakes in recent years, including a quake with a magnitude of 5.2 degrees on January 21, 2016 in Nador.

The deadliest earthquake ever recorded in Morocco took place in 1960 in the southern city of Agadir.

The violent shake of 5.8 degrees registered a maximum perceived intensity of X (extreme) on the Mercalli scale. 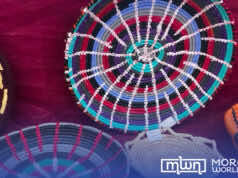