To fight a microscopic virus, the world has turned to nearly-millenium-old recommendations from Muslim polymath Ibn Sina, a father figure of early modern medicine.

Since the start of the COVID-19 outbreak in late 2019, internet searches for the word “quarantine” increased by 10,000%, according to Google Trends. The word quickly entered headlines across the globe.

Health experts suggest quarantine is among the most effective ways to control the spread of the novel coronavirus pandemic and to limit its impact on populations across the globe.

The efficiency of quarantine in today’s world, where diseases can quickly spread to all continents, does not mean that the isolation method was ideated in modern times. The science behind quarantine as a means to curb contagion is several centuries old.

While historians are uncertain about the origins of sanitary isolation, with records found in the Old Testament and in the life of the Islamic prophet Muhammad, they do agree that quarantine, as it is known today, would not have been developed without the work of the Muslim polymath Ibn Sina (980-1037), known as Avicenna.

Ibn Sina argued for the use of quarantine to control the spread of diseases in his five-volume medical encyclopedia “The Canon of Medicine,” originally published in 1025.

The Muslim scholar explained that disease can spread through very small particles that cannot be seen with the naked eye, a discovery that was proven centuries later, after the invention of microscopes.

Historians agree that Ibn Sina’s work laid the foundation for modern quarantine. Some argue that the current appellation of “quarantine” originates from the arabic term “al-Arba’iniya” (the fortieth), which Ibn Sina used to designate his isolation method.

Meanwhile, others believe that the term originates from the word “quarantena” in early Venetian language. Merchants in Venice used the term during the Black Death plague in the 14th and 15th centuries to designate the forty-day period that all ships were required to isolate before passengers and crew could go ashore.

Despite the contrasting narratives, what is certain is that Ibn Sina was ahead of his time and will always be a father figure of early modern medicine.

What separates Ibn Sina from many of his peer scholars of the Islamic Golden Age is that his work is well respected both in the Islamic world and in the West.

“The Canon of Medicine” was translated into Latin in Spain in the 12th century. Since then, the publication has dominated the sphere of western medicine.

The University of Bologna, the oldest European university, was the first to adopt Ibn Sina’s Canon as the base of its medical education, in the 13th century.

Today, Ibn Sina’s legacy is shielding the world during its fight against the COVID-19 pandemic, while his cross-boundary spirit is materializing in the growing trend of global solidarity. 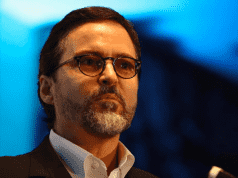 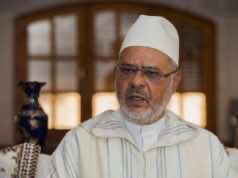 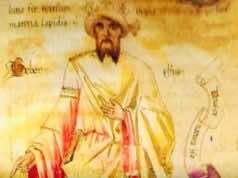