South Africa, one of the main supporters of the Polisario Front, appears out of touch with the UN position on the Western Sahara conflict. 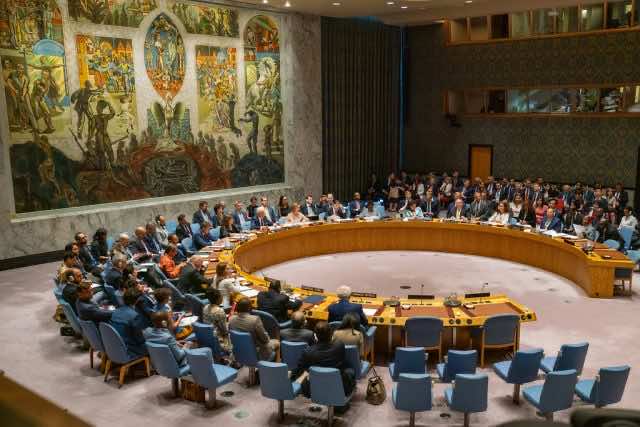 Rabat – South African diplomacy has put itself at odds with the 14 other members of the UN Security Council when it expressed its sclerotic ideological stance on the Western Sahara issue.

The Security Council held a video conference meeting on Thursday, April 9, to discuss a range of issues, including the Western Sahara conflict.

While all 14 other members of the council reiterated their support for the UN-led process in Western Sahara, South Africa found itself out of sync.

The Security Council underlined its support for resolution 2494, adopted on October 30, 2019, which states that the final solution to the Western Sahara issue can only be achieved through round table processes including Morocco, Algeria, Mauritania, and the Polisario Front.

The South African delegation, however, deplored a “deadlock” in the political process, while the other members welcomed the impetus stemming from the two previous meetings between the concerned parties.

Morocco, Algeria, Mauritania, and the Polisario Front met at a round table in Geneva, Switzerland in December 2018 and March 2019. At the end of the second meeting, the parties agreed to meet again in the same format.

South Africa’s position during Thursday’s video conference also went against its previous position on the issue.

South Africa was a member of the Security Council between 2007 and 2008 and voted in favor of resolutions 1754, 1783, and 1813, which called on the parties to engage in the political process and described the Moroccan efforts to solve the conflict as serious and credible.

The country’s stance in the recent conference contradicts what it voted for more than a decade ago.

To justify its position, South Africa alleged that the UN mission in Western Sahara needed to organize a referendum for the region’s population, but the Security Council has definitively rejected that option since 2004.

South Africa also called for a ceasefire in Western Sahara, a region that has seen no conflict since 1991, suggesting its position is out of touch with the UN Security Council’s mission.

South Africa was not the only state expressing disagreement with recent decisions of the Security Council. The decisions have also caused outrage among Algerian state-owned media.

“The Polisario Front has regretted that the UN Security Council did not give a clear signal for … its support to the right of the Sahrawi people to auto-determination,” reads a publication by the Algerian Press Service.

“The Security Council … did not produce any action or concrete result,” the Algerian news agency continued, quoting a statement from the Polisario Front representatives.

The Algerian agitation confirmed the country’s status as a main party in the territorial dispute over Western Sahara. Algeria has long denied its involvement in the issue, despite its unabashed support for the Polisario Front.

The statements of South Africa and Algeria, the Polisario Front’s main African supporters, only prove that Morocco’s diplomatic momentum in Western Sahara is well-founded and far from reaching a halt.