The American president has expressed his dissatisfaction with the World Health Organization over their handling of the COVID-19 outbreak.

US President Donald Trump announced he is halting funding for the World Health Organization (WHO) while a review of the UN agency from the administration is pending.

In a press conference on Tuesday, April 14, Trump accused WHO of mismanagement during the coronavirus spread.

The president has been harshly criticizing the international organization since the start of the outbreak, calling it “China-centric.” He accused the UN agency of being biased towards China and failing to alert nations across the world of the severity of the virus.

The decision to cease WHO funding comes just days after the organization’s Director-General Tedros Adhanom warned global leaders against politicizing the COVID-19 outbreak. During a press conference on April 9, he said that the world needs unity during a global pandemic, not further divisions based on race, religion, and nationality.

While the WHO has received a fair share of criticism in the past, partly due to their often high annual travel expenses and a murky history with the membership of Taiwan, Trump’s decision to cut funding during a global pandemic has caused division in the White House.

While US Secretary of State Mike Pompeo acknowledged the organization’s shortcomings amid the coronavirus outbreak, he added that WHO has a history of good work and that the US has been one of the largest supporters of the UN agency since its establishment in 1948.

Nancy Pelosi, the Democratic speaker of the US House of Representatives, expressed that Democrats will “swiftly” challenge Trump’s “illegal” decision, while Senator Bob Menendez called it a “dangerous and reckless move.”

US allies around the world have condemned the decision.

EU Foreign Policy Chief Josep Borrell wrote on Twitter today that he was deeply disappointed with the US, adding that American efforts to combat the coronavirus are now needed more than ever.

German Foreign Minister Heiko Mass was also critical of the decision and noted that assigning blame to WHO is “not helping anyone.”

The halting of funding to the WHO comes just days after the UK, one of the biggest US allies, announced an additional £65 million contribution to the organization. 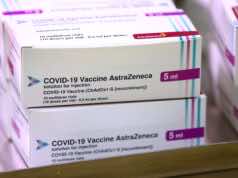