Several Moroccan families across the world are asking the government to help them repatriate the remains of their deceased relatives.

El Ouafi said that Morocco’s government is aware how important it is for families to receive and appropriately inter the remains of their relatives in these difficult circumstances.

Despite the desire, the official expressed hope and said that Moroccan authorities “count on [families’] understanding to carry out the burial in the host countries, and we promise them that at the end of this crisis we will support all families wishing to repatriate the remains of their members,” in a statement to Maghreb Arab Press (MAP).

The official explained that the MREs’ previously expressed desires to be buried in their homeland reflect their “attachment and their unconditional love towards the Motherland.”

El Ouafi explained that it is now impossible for the country to repatriate the remains of the deceased nationals in light of the current coronavirus crisis.

She remarked on the Moroccan Ministry of Foreign Affairs’ strategy, which includes covering burial costs for people abroad in financial difficulty and those who do not have burial insurance for Muslim cemeteries.

El Ouafi explained that Morocco’s diplomatic representations across the globe put in place a set of measures in line with the ongoing situation to assist expatriates.

Several Moroccans across the world have been calling on the government to help them repatriate their relatives, who wanted to be buried in their homeland.

Souad Abdellaoui, a member of the Moroccan community in the Netherlands, shared the experience of her father and his wishes, including his dream to be buried in his motherland, with Morocco World News.

Ahmed Abdellaoui, who died in March due to an infection, immigrated to the Netherlands in 1970.

“My father went to the Netherlands to work to provide for my family. In 1983, when I was only three months old, he took us with him,” Souad explained to MWN.

“My father had been telling me that he will go back to Morocco once all of his children grow up and bear their responsibility. He immigrated to the Netherlands for work, but he always had Morocco in mind,” she said.

Ahmed’s health prevented him from reaching his dream: Growing old in Morocco.

Souad said her father suffered from a muscular disease for 13 years and could not go back to live in Morocco permanently as he had to attend regular appointments with Dutch doctors.

“His illness did not prevent him from going back regularly to Morocco. He used to spend three months to four months in the country. When he comes back to Morocco, he used to tell us to book him a ticket to go back,” Souad said.

Souad’s family hoped to lay Ahmed to rest in his homeland, but the current crisis required them to bury him in the Netherlands.

While the family was not able to fulfill Ahmed’s dream of returning to Morocco, Souad emphasized her hopes that other families will not have to endure the same hardship.

“I am asking King Mohammed VI for help to help repatriate the remains of deceased relatives,” she said.

Bouchra Bayouni, another member of the Moroccan community in the Netherlands, is also asking Morocco to help her family repatriate the remains of her father, Abdellah Bayouni.

Abdellah, who immigrated to the Netherlands in the 1970s, died on March 12.

“Love for Morocco is eternal for my father and my mother,” Bouchra said.

Bouchra said her family was preparing the necessary document to repatriate her father’s remains to Kenitra, where he grew up.

Two days after his death, Morocco decided to suspend air and maritime travel.

“We felt lost. You cannot imagine how we were shocked.”

Although her father did not explicitly say that he wanted to be buried in Morocco, Bouchra said it was obvious that this was his dream, as it is for thousands of others.

She explained that she rushed and called cemeteries with Islamic standards, which were very few.

Bouchra said it might be too late now to consider her father’s repatriation case, but she hopes that authorities can help other families who hope to repatriate the remains of their relatives. 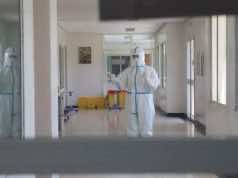 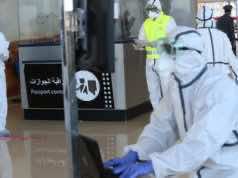 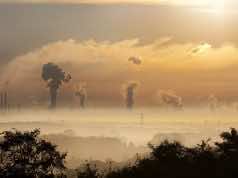