Of the new cases, 172 emerged from industrial and commercial hotspots, the epicenters of COVID-19 in Morocco. 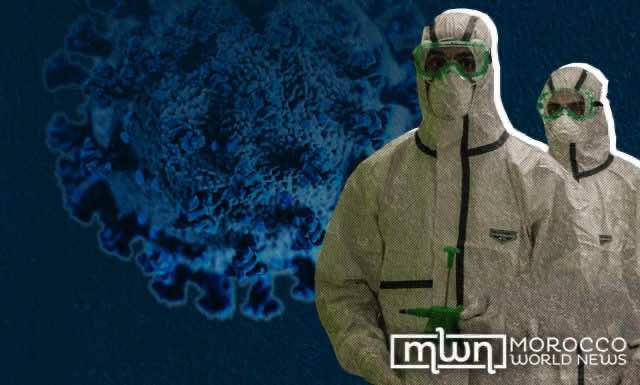 In addition to the 245 new cases recorded earlier today, Morocco has confirmed 281 cases in 24 hours, the highest daily increase the country has seen.

Morocco recorded five deaths and 32 recoveries in the last 24 hours, bringing the death toll to 135, while the number of recoveries stands at 281.

Health authorities detected the majority of today’s cases (172 cases) in several hotspots across the country, especially in Marrakech, where 142 new cases were detected in commercial and industrial facilities.

The quick COVID-19 spread in Marrakech pushed the city closer in numbers to Casablanca, the hardest-hit city in the country.

The Casablanca-Settat region currently has 27.4% of Morocco’s COVID-19 cases, while Marrakech-Safi recorded 26.6%. Fez-Meknes comes third, with 14.4% of the cases, followed by Rabat-Sale-Kenitra and Tangier-Tetouan-Al Hoceima (10% each).

Meanwhile, some of the industrial units in Tangier and Casablanca that officials described as hotspots on Thursday, April 16, did not record any new cases.

In the last few days, Morocco has recorded declining fatality rates while recoveries grow steadily each day. On Tuesday, April 14, the country confirmed its first death-free day since March 23.

The number of patients in intensive care units is also slowly and steadily declining, as several people who were in critical condition were able to recover.

The condition of COVID-19 patients at the time of testing positive for the virus has improved in the last two weeks, with the percentage of asymptomatic patients growing from 13% to 17%, while that of patients in critical condition decreased from 14% to 9%.

The number of confirmed cases, however, is on the rise as the Ministry of Health defines new epicenters and increases its testing frequency. The ministry announced 125 new cases on Tuesday, followed by 136 on Wednesday and 259 on Thursday.

Daily monitoring of people who made contact with confirmed COVID-19 cases remains the most effective method to detect new patients.

In the last 24 hours, health authorities detected 111 cases through monitoring, bringing the total number of patients detected using the method to 1,239.

Since the start of the outbreak, health authorities have monitored a total of 13,451 suspected cases.