Abou Whyte was an exceptional gentleman, a doyen to all in every organization or community of people to which he belonged.

New York City – The remains of a Sierra Leonean music and entertainment maestro, Abou Whyte, who passed away on Sunday, April 12, in the United States, have been buried at the Oaklawn Memorial Park Cemetery in South Brunswick, NJ.

The veteran musical icon, entertainer, and artist hailed from Fourah Bay and Foula Tong in Freetown, Sierra Leone. He died in New Jersey, where he resided for decades, at the age of 76.

Thousands of mourners from around the world listened to the funeral event organized by Da’awatu Islamia, the Muslim Jamaat in the city of Somerset to which Whyte belonged, conducted online via Mixlr radio. Mourners also called to express their condolences.

Limited family members and friends attended the funeral on Tuesday, April 14, due to restrictions on public gatherings amid the COVID-19 crisis.

In his eulogy, Imam Alhaji Sheikh Ibrahim Conteh said the passing of Abou Whyte “was another stark reminder that death is inevitable for every human being.”

Whyte’s unexpected death came as shocking news to many who knew him, including his fans and admirers around the world across all walks of life and all ages.

His production manager and business partner, New Jersey businessman Busairi Savage, described Abou Whyte as the most courageous, disciplined, and humbled person he had ever known. “He was also a very reliable person,” he said.

Abou Whyte, aka Bra Abou, stepped into the limelight in the early 60s when he joined the popular Bolton Wanderers FC of Freetown as a goalkeeper, and later, a left-out striker, under British military-trainer-turned-coach Captain Dick Fairweather.

Abou Whyte was a man of many talents. He was a painter, sculptor, and the chief designer and builder of the then Vimto Lantern in Central Freetown, leading Vimto to win many awards at the Annual end-of-Ramadan Lantern Parade.

Abou Whyte was also a culture-minded man. He participated and promoted many cultural activities in and outside of Sierra Leone.

Alhaji Sallieu Wagon Kamara, Imam of New York’s Jamiatul Islamia Mosque, was a childhood friend of Whyte and remembered him as a man who lived a fulfilled life. “Abou would go all out to keep us, his friends, together. He would put everyone’s interest first.”

Another childhood friend and cousin, Alhaji Ahmad Shamsu Deen-Cole of New Jersey, described Whyte as a critical thinker, master craftsman, and a courageous man with many talents.

I still recall my first face to face encounter with the late musician. Our meeting was characterized by his usual embrace and his cool, welcoming smile, a smile that defined his whole life.

Veteran broadcast journalist Cyril Jixon Smith of SLBS/SLBC, who also lived in the same Foula Tong vicinity as Abou Whyte, remembers him as always having “a cool, composed smile.” A composed smile that will be missed forever.

Abou Whyte was an exceptional gentleman, a doyen to all in every organization or community of people to which he belonged.

If ever there is any such thing in the afterworld, one would imagine the kind of warm embrace at the gate of Heaven that would welcome Abou Whyte by so many who had proceeded him, including his daughter, Humu Whyte Savage, and younger brother, Abdul Fatta (Biggy Joe) Rahman.

Whyte is survived by his wife, Salamatu Boi Whyte, six children, and a sister, Madina Rahman Taylor, and several family members and friends at home and abroad. May his soul rest in peace.

Read also: Tribute to Fatima Mernissi, an Exceptional Woman in a Troubled Era 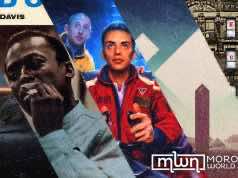