Police in Rabat, Sale, and Temara have already begun working with the new app at various checkpoints. 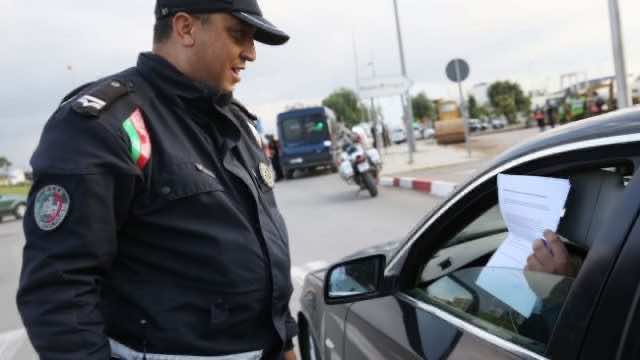 Rabat – The General Directorate of National Security (DGSN) has launched a mobile application that allows police officers at various checkpoints to track the movements of Moroccan citizens and residents to ensure their compliance with the state of health emergency.

A team of engineers and technicians from the DGSN developed the mobile app to help limit unnecessary movements of citizens and residents and identify offenders.

Movement tracking will be enabled when an individual passes through a police checkpoint and presents their movement permit, which contains their ID number. The police will scan the permit to monitor the individual’s trajectory and ensure that it conforms to their residence or place of work.

Scanning the permit with the ID number gives police access to the biometric microchip in the holder’s ID card, allowing police to monitor their movement, a police officer explained to Morocco World News.

If police observe inconsistency with an individual’s trajectory, authorities will take legal action against offenders.

“The application offers the possibility of determining the displacements which constitute a violation of the state of health emergency, and consequently of taking the necessary legal measures against the offenders,” Aziz Alratmaoui, the chief police commissioner of the Hassan district in the Agdal-Hassan-Ryad area, told Maghreb Arab Press (MAP).

The chief police commissioner of the development of applications for smartphones to the direction of information and communication systems, Anas Bouklan, said the application was initially launched exclusively in the cities of Rabat, Sale, and Temara. The app will later be generalized at the national level.

The app is part of the DGSN’s mobilization of technology to support security officers in the fight against the proliferation of COVID-19.

Morocco’s state of health emergency is effective until May 20.