While Morocco’s Ifrane National Park is just one example of the earth’s healing, experts argue that environmental destruction may have paved the pandemic’s path. 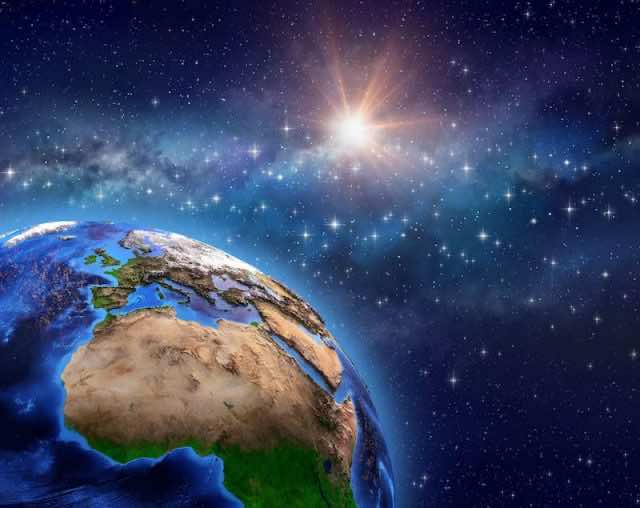 Rabat – COVID-19 response and containment measures present numerous challenges to society, but allow the earth to thrive. Research shows that significant drops in pollution and revitalization of biodiversity correlate with the country lockdown measures: Evidence which suggests humans have created ideal conditions for viruses such as COVID-19 to spread.

In Morocco, Ifrane National Park is one example of biodiversity regenerating. Morocco declared a state of emergency on March 19. Since its ensuing lockdown began on March 20, tourism has been suspended, parks have closed, and people have been required to stay home. It only took a few weeks for the ecosystem to restore itself and begin to regenerate its biological diversity.

Morocco established Ifrane National Park in the Middle Atlas region in 2004 in an effort to protect its ecologically sensitive wetlands and high-altitude forests. The preserve covers 6 hectares of land stretching between the villages of Tarmilat and Zaouiat Ifrane and receives thousands of visitors each year.

While many people are fortunate to enjoy the natural spaces the park provides, constant human traffic has threatened wildlife and a critical water source for locals. Some species within the park face endangerment or have disappeared altogether, but the pandemic is changing this.

Mokhlis Mohamed, the director of Ifrane National Park, told Maghreb Arab Press (MAP), “With the confinement, we note that species of flora and fauna that have disappeared are starting to reappear.”

What does biodiversity have to do with COVID-19?

Scientists claim that there is a connection between the transmission of infection and biodiversity. This is based on a theory called the “dilution effect” which suggests that a complex and diverse ecosystem significantly reduces the chance of viruses spreading.

When the ecosystem is disrupted by human behavior–be it pollution, habitat destruction, or exploitation of natural resources–species suffer and even go extinct, thus reducing Earth’s biodiversity. It is estimated that Earth loses more than 30,000 species per year,  human actions largely contributing to the growing number.

In a conversation with environmental activist Greta Thumburg, earth systems scientist Johan Rockstrom said, “The scientific evidence shows they [environmental integrity and human vulnerability to epidemics] are interconnected and part of the same planetary crisis.” He added that by pushing beyond Earth’s capacity, we risk human health and jeopardize our natural habitat.

Rockstrom added that deforestation and wildlife trade are part of the problem, increasing the opportunity for viruses to extend beyond their animal origins. He continued by explaining that humans are responsible for air pollution, which weakens our respiratory systems and increases our risk of falling ill.

The UN stresses that biodiversity is critical to human well-being and urges everyone to take notice of Earth’s call to action in order for us to survive the 21st century.

The trade-off: Human lives and economies suffer while Earth revives.

The renewed ecosystem in Ifrane National Park is one of many examples around the world that demonstrates the detrimental impact humans can have on the natural environment. The United Nations Environmental Programme describes the current situation as a “trade-off.” Loss of human life and a crumbling economy accompany better air quality, clean waters, and the revival of biodiversity.

Since the start of the COVID-19 pandemic, experts have reported an increase in air quality around the world, the reduction of greenhouse gas emissions, drops in seismic movement, and cleaner waters worldwide.

Many describe this challenging time as a wake-up call and heed the warning that our futures depend on our respect for the planet.

Mohamed Driham, an official at Ifrane National Park, also calls park visitors to action, telling MAP, “We must unite the efforts of all the actors to raise public awareness of respect for the site and its environment after the end of confinement, by adopting good citizen behavior.”