A number of gay men have been rejected by their families, kicked to the streets, and some have committed suicide. Others are being violently threatened, harassed, and blackmailed.

Rabat – Naofal Moussa, also known as Sofia Talouni, a Moroccan transgender social media influencer living in Turkey has targeted gay men in an Instagram live video by calling on women to download gay dating apps in an effort discover which men near them are gay.

Moussa, who had over 627,000 followers on Instagram before the app deactivated her account, spoke to an audience of over 100,000 people.

“So girls, you will go to the app store. You will type in the word ‘gay,’ and then a lot of gay apps will show up.”

Moussa goes on to list popular gay dating apps used by men in Morocco and explains how the apps identify men based on proximity. With stay-at-home orders, part of Morocco’s state of emergency to prevent the spread of COVID-19, Moussa added it might be possible to “out” the person in your living room.

“This is your chance,” Moussa promised women searching for a way to confirm the sexuality of men they know.

“You’ll discover the truth and I hope you will tell me what you’ve found.”

Her video contained a stream of homophobic slurs and prejudiced comments. Moussa denounced homosexuality and said if she ever finds out Morocco recognizes homosexuality, she will be the first to stand up against it.

“We shouldn’t recognize homosexuality, we are an Islamic country,” she shared.

In Morocco, same-sex sexual activity and relationships are illegal and punishable by anywhere between six months and three years in prison and a fine of MAD 200 to 1,000 ($20 to $100).

Pictures of men, purportedly found on the dating apps, have been circulating on social media, and threats have flooded the victims’ inboxes, as a result of Moussa’s video.

The “influencer’s” followers are sharing the found images and personal information about men using the dating apps. In some cases, the information shared includes phone numbers and addresses.

Gay men in Morocco, many of whom conceal their sexuality publicly, have been living in fear since the live event.

The queer community has taken it upon themselves to respond to the situation.

In an interview with MWN, a gay activist and an administrator for an Instagram support group created in response to the incident says he has already received many messages from fearful victims.

“I have spoken with a 17 year old boy who was abused by his family and then kicked out of his home. I have received many messages from people who are afraid of the consequences of being outed.”

The activist says he has been working hard to find safe spaces for forcefully outed men, and he is not the only one.

“There have also been many people sending me messages offering support. Financial support, offering to pay rent for safe apartments to shelter those in danger, offering up their own accommodations. We have even begun working with psychologists who are offering to give free counseling to those impacted by all of this.”

Interviews by PinkNews support the claims and the outlet reports a number of men have been rejected by their families, kicked to the streets, and some have even committed suicide. Others are being violently threatened, harassed, and blackmailed.

In a more recent video, Moussa denied attacking any “lubia,” a controversial term used to describe homosexuals in Morocco. She claims that her followers are responsible for sharing the names of the dating apps in the comment field of her live video.

According to sources in communication with the national security (DGSN), a preliminary investigation for “incitement to hatred and discrimination” is underway by Moroccan police. 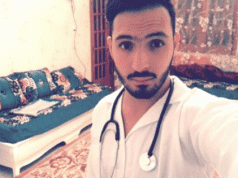