The anniversary of the King’s death will not see public celebrations this year due to COVID-19 curbs, but his iconic legacy that forged a unified Morocco lives on and should serve to unite the country in the face of the health crisis. 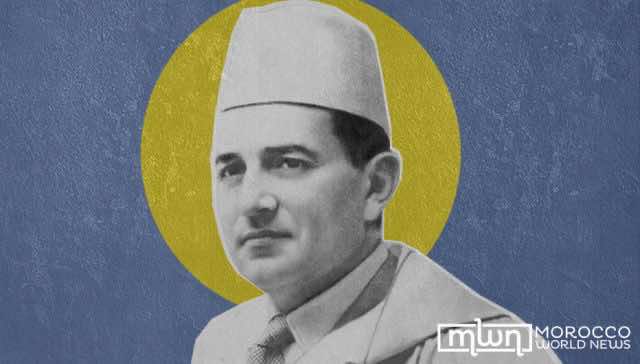 May 4, 2020 marks the 61st anniversary of the death of King Mohammed V of Morocco, according to the Islamic or Hijri calendar. The late monarch died of heart failure on the 10th day of Ramadan in the year 1380 AH (February 26, 1961).

King Mohammed V is widely remembered for his role in securing Morocco’s independence from France and Spain, successfully negotiating with the two European countries for his kingdom’s freedom from the clutches of colonialism.

The French established a protectorate over Morocco with the 1912 Treaty of Fes and named Yusuf ben Hassan as the Sultan. He ruled until his death in 1927 and was succeeded by his son, Sidi Mohammed ben Yusef—better known as Mohammed V.

Morocco recognized King Mohammed V as Sultan from 1927 to 1953 until French colonial authorities forced the ruler and his family into exile on the eve of Eid al-Adha, seeing him as a threat to the status quo. They sent him to Corsica in 1953 and to Madagascar in 1954.

Mohammed V was such an important national symbol in the growing Moroccan independence movement that the movement itself is widely known in the country as the Revolution of the King and the People.

Moroccan nationalists produced on January 11, 1944 the Manifesto of Independence of Morocco, calling for a free kingdom united under the royal leadership of Mohammed V.

Members of the newly-formed Istiqlal party penned the document, demanding a democratic, constitutional government to guarantee the rights of all Moroccans. With 66 signatories, the proclamation united the country’s top nationalist leaders to form a genuine political movement allied with Mohammed V.

French colonial authorities met the proclamation with hostility, and pressured Mohammed V to publicly condemn the document and detain its signatories and other known nationalist activists. Protests erupted throughout the country, but the document’s positioning of Mohammed V as the King of an independent Morocco solidified his status as a symbol of the national movement.

Years after Moroccan nationalists issued the Manifesto of Independence, Mohammed V delivered a momentous speech in what was then the Tangier International Zone on April 10, 1947, calling for Morocco’s independence and territorial unity.

Rather than succumbing to French colonial pressure, Mohammed V went to Casablanca to express his sincere condolences to the victims’ families before making his way to Tangier to deliver his historic speech.

In his oration, Mohammed V addressed the future of Morocco’s territorial integrity without outwardly naming France. He emphasized his role as the kingdom’s sovereign leader and reiterated his responsibilities to his people.

Eirik Labonne, the French resident-general in Morocco at the time, had included a statement at the end of the written speech encouraging Moroccans to cooperate with the French. Mohammed V refused to read it.

The career diplomat’s failure to sway Mohammed V lost Labonne his position, and General Alphonse Juin replaced him to reinforce French authority at the center of the protectorate regime.

While the highly-respected Mohammed V was in exile, his cousin Mohammed Ben Arafa sat on the throne in his place, sparking further opposition to the French protectorate from both nationalists and those who viewed Mohammed V as a religious leader.

Rising violence in the country and a united national demand for Mohammed V’s return forced the French government to bring him back to Morocco.

Upon his return on November 16, 1955, he was once again recognized as the Sultan, and his active opposition to the French protectorate further drew his compatriots to his side.

The following year, he began negotiating with France and Spain to secure Morocco’s independence.

In late 1955, Mohammed V agreed to the gradual restoration of his country’s independence, within a framework of interdependence between Morocco and France. He agreed to institute reforms that would transform Morocco into a constitutional monarchy with a democratic government.

In February 1956, Morocco acquired limited home rule until the two parties signed the French-Moroccan Agreement in Paris on March 2, 1956. France finally relinquished its colonial grip on Morocco on April 7, 1956.

A joint declaration in April and the Tangier Protocol on October 29 brought Morocco more territorial gains in 1956, and the country restored control over certain Spanish-ruled areas in 1958 through another joint declaration with Spain.

Following Morocco’s independence, Mohammed V built a modern governmental structure under a constitutional monarchy in which the monarch would exercise an active political role. He kept the Istiqlal party from establishing a one-party state and assumed leadership of the monarchy in 1957.

Apart from his central role in Morocco’s independence, King Mohammed V is remembered for his unprecedented protection of Jews from the anti-Semitism that ravaged Europe during World War II, from 1939 to 1945.

Although the Nazi-controlled Vichy government enacted partial race laws in the French protectorate of Morocco despite Mohammed V’s objection and pressured him into signing decrees barring Jews from certain schools and jobs, he is known far and wide for his protection of the Jewish people.

When the Vichy government demanded that Mohammed V impose anti-Jewish legislation upon his people and deport the country’s 250,000 Jews to extermination camps in Europe, he responded, “There are no Jewish citizens, there are no Muslim citizens. They are all Moroccans.”

The late King’s exact phrasing is unknown, but the Sovereign’s position was clear: Not a single Jew in Morocco would be killed or handed over to the Nazis, thus sparing hundreds of thousands of innocent lives.

The King also refused to enact discriminatory measures against Jews in Morocco. They did not wear yellow stars, they were not stripped of their citizenship, and their property was not seized.

In another act of defiance against the Vichy government, Mohammed V invited all the rabbis of Morocco and other senior Jewish figures to the throne celebrations in 1941, after Vichy officials ruled that Jews should be banned from public functions.

Mohammed V even went so far as to seat the Jewish delegation next to French officials during the ceremony.

“I absolutely do not approve of the new anti-Semitic laws and I refuse to associate myself with a measure I disagree with. I reiterate as I did in the past that the Jews are under my protection and I reject any distinction that should be made amongst my people,” he told the French officials during the celebration.

Mohammed V set the precedent for his successors’ future policies of benevolence towards and respect for the Jewish community in Morocco.

On February 25, 1958, two years after Morocco acquired independence from France, King Mohammed V delivered another iconic speech, this time calling for the unity of Western Sahara.

“We solemnly proclaim that we will continue our efforts to reclaim our Sahara, in accordance with our historical rights and the wishes of the inhabitants,” he said before representatives from the Moroccan Sahara tribes in M’hamid El Ghizlane, a southern Moroccan oasis.

Throughout his speech, the late King reaffirmed Morocco’s sovereignty over the Sahara and the country’s willingness to defend its territorial integrity.

Later that year, Morocco and Spain signed the Treaty of Angra de Cintra on April 1, allowing Morocco to recover part of its southern territories, including Tarfaya and Tan-Tan, after the Moroccan Army of Liberation conducted resistance operations against the Spanish colonizers.

Morocco’s efforts to fully restore the kingdom’s territorial integrity in the Sahara are ongoing, but King Mohammed V set a standard for future political and diplomatic operations in the region.

“We remember our father’s visit with pride because it is from here that he called for the return of the Moroccan territories to achieve national unity and we remember the visit, because it was a call that had a great echo and was a lesson in politics and patience from which we now reap the benefits,” said King Hassan II in April 1981.

The legacy lives on

King Mohammed V died at age 51 on February 26, 1961, due to complications following a minor operation.

The late monarch is decorated with honors throughout the Middle East, France, the US, and Spain, and a multiplicity of institutions and public works projects have immortalized his legacy. The US Holocaust Memorial Museum paid tribute to the monarch in 2017 to commemorate his support for the Jewish community during World War II and his refusal to hand innocents over to the Nazis.

Morocco will not host public celebrations or memorial services for the late King this year due to COVID-19 restrictions, but national solidarity can serve to honor a leader who championed just that.

Through defying discriminatory policies, fighting for Morocco’s independence and territorial integrity, and forming a modern government, the esteemed King Mohammed V helped to shape the independent and inclusive Morocco we know today.