Rabat – Four people died and 490 others sustained injuries, including 18 who suffered severe injuries, in 393 traffic accidents in Moroccan cities between April 27 and May 3.

The main causes of the accidents, according to Morocco’s General Directorate of National Security (DGSN), include drivers’ and pedestrians’ inadvertence, speeding, and loss of vehicle control, along with several traffic code violations.

The recorded figures are significantly lower than those of the same period in 2019 thanks to the nationwide lockdown implemented to curb the spread of COVID-19.

Between March 20 and April 12, security services recorded an 81.05% decrease in all injuries related to road accidents, a 79.12% decrease in severe injuries, and a 65.52% decrease in fatalities compared to the same period in 2019.

The decline is primarily due to restrictions on individuals’ movement during the country’s state of emergency, as well as the suspension of several economic activities that require driving.

In 2017, Morocco launched a road safety strategy aiming to bring annual traffic accident deaths under 1,900 by 2026. The number of annual road deaths in Morocco currently tops 3,000.

The recorded numbers are leading Morocco to reach its road safety objective. However, it remains to be seen if the country will record a spike after the end of the COVID-19 lockdown.

Over the last decade, around 3,500 people lost their lives and 12,000 sustained severe injuries in road accidents in Morocco each year. On average, the country records 10 deaths and 33 serious injuries per day.

Road accidents also cause an annual economic loss of nearly 2.5% to Morocco’s GDP.

To reach the country’s road safety objectives, the Moroccan government is planning to integrate road safety education in schools and integrate available technology.

The government is also mobilizing the necessary financial resources to maintain existing roads and build new ones, providing basic infrastructure for the safe use of roads. 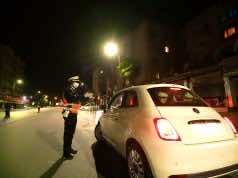