The sacking of the Royal Guard comes after the confirmation of 130 COVID-19 cases in one corps of its ranks. 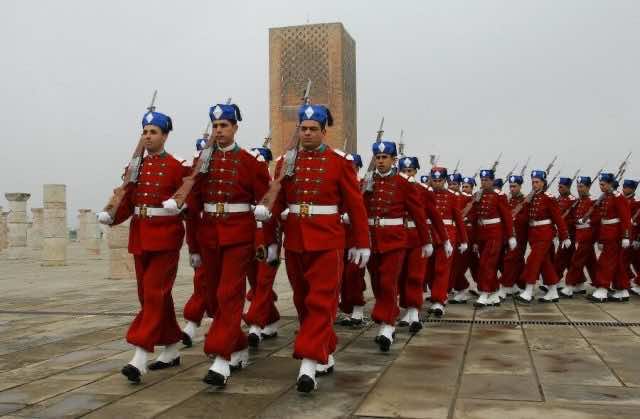 Rabat – King Mohammed VI relieved on Wednesday Mimoun Mansouri, the divisional general of the Moroccan Royal Guard, of his functions and appointed General Abdelaziz Chater as the new commander of the Royal Guard.

According to informed sources, the dismissal followed the confirmation of several cases of COVID-19 in the corps’ ranks in the military base in Rabat, which turned into a viral hotspot.

Sources said that the contamination occurred after officials granted leave permissions to a few elements in the Royal Guard’s ranks, allowing them to visit their families in Rabat and Sale.

The failure to rigorously implement health measures in Rabat’s military base led to the detection of 130 COVID-19 military patients among 600 potential virus carriers.

The patients are receiving treatment at the Mohammed V Military Hospital in Rabat. Their families have been screened, and some were put in quarantine in the Moulay Abdellah Hospital in Sale, and others in Rabat and Temara.

Authorities have cordoned off the neighborhood in which patients live in order to stem the spread of the virus and enable early detection for people who came into contact with them.

Mansouri, aged 74, has been the commander of the Royal Guard since the 1970s. He is also the president of the Moroccan Polo Federation. In August 2002, Mohammed VI promoted him to the rank of Divisional General.

The Moroccan Royal Guard is one of the world’s oldest operative military bodies. It has origins in the prestigious blackguard the Almoravid sultan Youssef Ibn Tachfine created in 1088 to ensure the dynasty’s protection.