Rabat – Crown Prince Moulay El Hassan, the first and only son of King Mohammed VI and Princess Lalla Salma, is celebrating his 17th birthday today, May 8.

A customary 21-gun salute welcomed the crown prince of Morocco the day he was born in 2003, and the Moroccan people flooded the streets to celebrate the birth of King Mohammed VI’s first child.

The heir apparent to the Moroccan throne, Prince Moulay El Hassan is named for his grandfather, King Hassan II, and is expected to take the title of Hassan III when he ascends to the throne.

The prince is known to be intellectually gifted, with Arabic, French, English, and Spanish mastery under his belt, and is pursuing studies in aviation. International media have also praised the young prince for his maturity and ability to communicate with global leaders, as well as for his reputation of being well-dressed.

Like his father, who attended the 1974 funeral of former French President Georges Pompidou with the late King Hassan II at age 11, Moulay El Hassan began appearing alongside his father at public events at an early age.

Since his first official royal appearance in 2015, the prince has become a regular representative of the Moroccan royal family at event openings, inauguration ceremonies, and diplomatic meetings.

In December 2017 at the age of 14, the prince was notably the youngest participant at the One Planet Summit in France, earning him international admiration. The summit moderator said his presence was a strong signal of young people’s engagement in defending the planet’s future.

One month prior, in November of the same year, the young prince headed salat-ul-istisqa (rain prayers) at the Hassan Mosque in Rabat amid a delay in seasonal rainfall.

In February 2019, Moulay El Hassan represented the King at the funeral of Count of Paris Henri d’Orleans at the Saint Louis Royal Chapel in Dreux, northern France. Sporting a traditional Moroccan cape, the crown prince sat in the front row alongside Queen Sofia of Spain and Prince Albert of Monaco.

Later that year, the prince again represented his father, who was suffering from an illness at the time, at the funeral of former French President Jaques Chriac on September 30, 2019.

Moulay El Hassan has also become the face of the royal family at the opening and closing ceremonies of annual events such as the King Mohammed VI Grand Prix and the International Agricultural Exhibition in Morocco (SIAM).

Due to the COVID-19 pandemic and restrictions on movement and social gatherings, Moroccans will not see any public celebrations of the prince’s birthday. Nonetheless, Morocco wishes the young prince a joyous birthday and a happy year ahead as he nears adulthood. 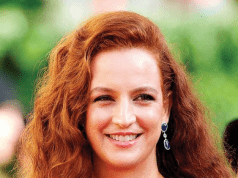 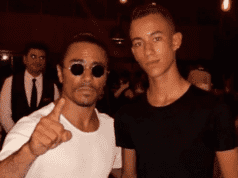 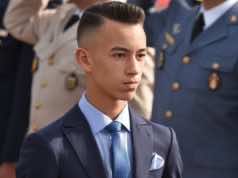