“Anyone who has a faint familiarity with the history of US racial politics, knows that the history of this country was built on inequity, on racial segregation, racial oppression…”

Rabat – The United States forces Arabs, regardless of their ethnic background, color, or self-identification, to legally mark themselves as “white” on the US census. The census continues to identify anyone from the Middle East or North Africa under a questionable categorization, resulting in data misrepresentations.

“I know what the census is about. It is about power distribution,” said Dr. Hamoud Salhi, Associate Dean at California State University.

In a press conference held by US-based Ethnic Media Services (EMS), community leaders and representatives from the Middle East North Africa (MENA) region, particularly in California, shared advocacy efforts being made to mobilize around the issue and offer political education within MENA communities.

Every ten years, the US collects official demographic data about the country’s population. Advocacy groups have criticized the practice for lack of inclusivity and scheming to skew population data in ways that are advantageous toward particular parties.

Communities without fair representation struggle to receive equal access to resources or political power. In addition, the distortion of a community’s numbers can cause their voices to appear weak and fragmented.

Research has shown that if a MENA population in the US was well-accounted for, white people would represent a minority in some areas.

Checking the correct identifying box is not the only issue MENA community members in the US are facing. Many are uninformed about the census or are apprehensive about filling it out, for fear that the US government will use the information against them.

Advocacy groups and community representatives, including religious leaders, are tirelessly campaigning to reach hard-to-count populations and explain the importance of being accurately represented in the census.

In addition to striving for better allocation of resources, the ability to prove eligibility for social services, and provide true data related to the MENA community, accurate census data would also ensure accurate political representation.

If the population is not correctly accounted for, congressional seats in the US House of Representatives are disproportionately distributed. The census is used as the constitutional basis for dividing congressional appointments based on a process of redistricting, determined by a state’s population size.

“They will only take our efforts seriously when we are counted,” said Bassim Elkarra, executive director of CARE California.

One hundred years ago, Arabs were petitioning to be counted as white on the census

“Anyone who has a faint familiarity with the history of US racial politics, knows that the history of this country was built on inequity, on racial segregation, racial oppression, and the denial of full citizenship and rights to many different racial groups,” said Dr. Loubna Qutami, a postdoctoral fellow at University California Berkeley.

The year 1790 marks the first US census. It is also the year when the Naturalization Act was put in place, allowing citizenship only to “a free white person.”

Migrants arriving in the US in the 1800s and early 1900s, particularly those from the MENA region, petitioned to be white on the US census in order to be recognized as citizens and enjoy equal rights.

In the 1970s and 1980s, the US census started serving as a tool to support social and racial justice, identifying a multitude of issues specific to racially identified communities. The Arab community, still classified as white, struggled to be recognized and thus, did not receive adequate support.

In the 1980s Arab advocacy groups began campaigning for census reclassification. Since then, non-profit organizations have invested in costly research aimed at filling in the census’s gaps.

For the next 10 years, according to the US census, the MENA community in the US will continue to be absorbed in a white racial narrative.

“We recognize that this representation isn’t going to be handed to us,” said Homayra Yusufi, Deputy Director for Partnership for the Advancement of New Americans (PANA). She added that without a continued effort, the MENA community will continue to be left in the margins. “Data matters.”

The US census bureau is part of the US Department of Commerce, whose director is appointed by the US president. After a near-successful campaigning effort to include MENA on the census during the Obama era, advocates blame the Trump administration for the fallback.

In 2018, US officials said that the MENA category would not be added to the 2020 census, citing concern around the lack of research done to identify MENA as a race, rather than an ethnicity.

However, political scientists and sociologists raise eyebrows at the administration’s reasoning, noting that the Census Bureau’s definitions of race and ethnicity are vague and deviate from academic discourse surrounding the terms.

According to the US Census Bureau, “race is defined as a person’s self-identification with one or more social groups.” Ethnicity, as stated by the bureau, is broken out into two categories: Hispanic or Latino and Not Hispanic or Latino. “Hispanics may report as any race.”

The census states, “For this census, Hispanic origins are not races.” It is unclear why one geographic is counted over another.

The MENA group itself consists of people from diverse cultural, religious, and social backgrounds, many of whom face unique challenges and triumphs in their diaspora. Lumping all people with roots in this geographic region into a one-dimensional and socially constructed form of differentiation is hardly fair.

Yet for many, the move toward inclusion would illuminate a long-misrepresented narrative and prove eligibility for supportive needs.

Sandy Close, EMS’s founder, stated, “Our language has not been able to keep up with the remarkable diversity we now find ourselves defined by.”

Close concluded that the purpose of the press conference and collaboration of organizations involved was to “expand our lens of who we are today and who we are becoming—and after all, this is the goal of the 2020 census.” 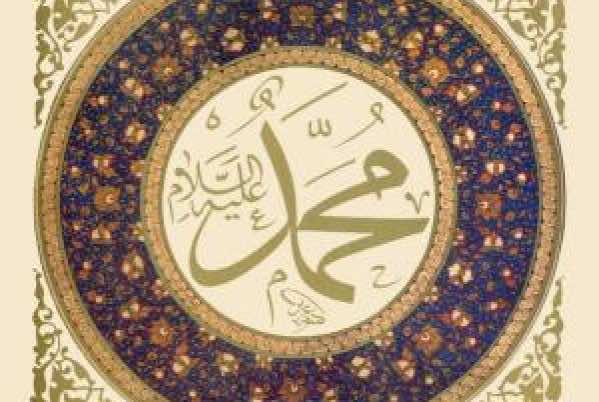