Morocco’s agriculture sector has maintained good production levels despite the COVID-19 pandemic, the state of emergency, and lockdown.

The number represents a 6 % increase compared to the previous season, indicating notable progress in the current agriculture campaign.

In a statement, the ministry expressed satisfaction with its exports overview, despite the COVID-19 crisis.

The ministry said that, even with the lockdown and state of emergency, “the export sector of agro-food products recorded good performances.”

The exports of market garden products reached a volume of the order of 1.077,000 tonnes during this season, up 6% compared to the last season.

Morocco’s tomato exports increased by 4% compared to the previous season. The country exported 514,000 tons of tomatoes this season, compared to 492,000 last season.

Exports of green beans reached a volume of around 112,000 tonnes, against around 102,000 tonnes in the previous season, representing an increase of 10%.

Red fruits recorded remarkable growth during this campaign. Exports of fresh red berries reached a volume of around 82,500 tonnes, as of May 9, 2020. The number represents  a growth of 25% compared to the last campaign on the same date ( 66,000 tons).

The ministry also reports good performance in the export of watermelon, the volume of which reached approximately 104,400 tons during this campaign. The number represents a growth of around 61% compared to the previous year.

Avocado exports reached a volume of around 32,800 tons during this season, almost triple the volume recorded in the season before the same date (11,200 tonnes).

The ministry explained that citrus fruits have registered a fall in export volumes of around 28% due to the decline in production.

In addition, exports of processed agricultural produce, excluding sugar and its preparations, reached a volume of around 299,000 tons during this season as of May 9, compared with 255,800 tons during the last season. The performance represents a growth of around 17%.

The ministry explained that  Moroccan operators in the agricultural food export sector have doubled their efforts to maintain their activity despite the COVID-19 challenges.

The statement emphasized that the ministry has reinforced safety and health regulations at the level of agri-food export units, in order to contain any risk of contamination of Covid-19.

The measures concern the strengthening of the personnel hygiene system within the packaging and processing structures, the frequent disinfection of premises and means of transport, the regular monitoring of employees’ body temperature, providing staff with protective equipment, and respecting the necessary safety distances between staff. 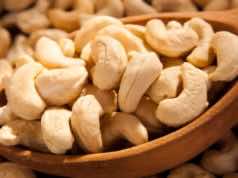