We explore four of the most recent examples highlighting racism in the US and the ways in which structural violence prevails in the name of protection and justice.

Rabat – It seems as though cases of police brutality and blatant racism in the United States will never end. Although just one case is enough to sound alarm, in the past few months alone, major news agencies worldwide have headlined extreme counts of intolerable actions toward people of color in the US.

On multiple occasions, offenders have proclaimed themselves to be “not racist” after committing blatantly racist acts, exercising unnecessary force, or killing in the name of “justice.” This pattern is sparking outrage, continued controversy, and stirring debate over structural racism and blatant acts of violence against people of color.

US racial tensions are rising as a number of recent events shed light on the inequalities faced by minorities, who struggle to gain access to the same opportunities and freedoms as their white counterparts.

One of the most recent caught-on-film examples shows a white woman in New York City’s Central Park calling the police to report a black man filming her after he reportedly asked her to follow park regulation signs and put her dog on a leash. After his request, the man identified as Christian Cooper began video recording the exchange between the two park-goers.

There was no evidence that Christian, a bird watcher, threatened or posed any harm to the woman. She later apologized for her actions, admitting that what she did was problematic. However, Amy, who was later fired from her job over the incident, noted to the public that she was “not racist.”

In an interview with NBC New York, Amy acknowledged her white privilege saying, “When I think about the police, I’m such a blessed person. I’ve come to realize especially today that I think of [the police] as a protection agency, and unfortunately, this has caused me to realize that there are so many people in this country that don’t have that luxury.”

While Amy’s claims of not being racist contradict her earlier threats, there is no denying her too-little-too-late realization of white privilege in the face of police protection.

Falsely acting in the name of justice

White police officer Derek Chauvin pressed his knee forcefully into George Floyd’s neck in Minneapolis for 5 minutes on Monday, May 25. Police officers on the scene said that Floyd, a 46-year-old black man, resembled the description of a man involved in a forgery case at a grocery store who resisted arrest.

In a graphic video released on social media, bystanders are heard narrating Floyd’s suffering while police officers downplay the pain and continue to apply force. Floyd complained of being unable to breathe. His moans and pleas to be released were ignored even after he became quiet and motionless. Floyd was later pronounced dead in the hospital.

Minneapolis mayor Jacob Frey called Floyd’s death “awful” and “traumatic,” adding that “being black in America should not be a death sentence.”

For many, being black in the US is reason enough for mortal fear

On February 23, Gregory McMichael, 64, and his son Travis McMichael, 34, followed Arbery in their pickup truck before opening fire and killing the unarmed man out on a run.

Alan Tucker, a local attorney, told a news agency the senior McMichael wanted the public to know the truth, “That he and his son were not white supremacists driving in a pick-up truck with a confederate flag in the back who shot a black man in the back because he was jogging in a white neighborhood.”

Police reports state that the father and son claim to have been attempting to make a “citizens arrest,” and that Arbery had been seen trespassing in a home under construction.

On May 7, police arrested the McMichaels and charged them with felony murder and aggravated assault.

On May 8, tens of thousands of people protesting the unwarranted death of Arbery took to the streets, pledging to run or walk 2.23 miles in honor of what would have been Arbery’s 26th birthday.

The event inspired other black runners to share their experiences of being threatened, harassed, or stopped for no reason while running. Many have voiced being perceived as predators solely based on the color of their skin.

Shedding light on structural violence in the wake of COVID-19

Last month, National Geographic, among other research centers and media outlets, reported: “In cities, counties, and states that are reporting racial data, the impact of coronavirus on the black community has been extraordinary and disproportionate. Almost one-third of infections nationwide have affected black Americans, according to data from the Centers for Disease Control, though blacks represent only 13% of the US population.

“Likewise, nearly one-third of those who have died from the virus across the country are black, according to an analysis of available state and local data by the Associated Press.”

US activists say that lack of government outreach and aid in communities that need it most has largely contributed to the disparity. Many members of minority communities have not been given the rights or privileges to work from home or social distance due to the service nature of their work. Some claim the fear of exorbitant medical bills and lack of resources or education aimed at supporting such communities is an act of violence in and of itself.

Researchers from the Metropolitan Policy program at Brookings explain that ethnic minority communities are not to blame for the rapid spread of the novel coronavirus, “rather, it is the historic and systemic housing devaluation, economic injustice, and discrimination in healthcare that have created the conditions that increase rates of mortality, especially during this unprecedented pandemic.”

Years of discriminatory policies and environmental racism have been proven to put minority communities at higher risk for developing diseases, suffering from homelessness, overwhelming incarceration rates, and poorer educational opportunities.

While racism in its deadliest and most visible forms clearly still exists, structural racism and the misconceived notion of “not being racist” is often misunderstood by Americans attempting to protect themselves or shield their communities from perceived and undesirable threats.

Decades after lifting blatantly racist legal barriers, such as redlining and voter suppression, the impact of these policies remain. Traces and new faces of discriminatory policies are all too obvious when analyzing the demographics of poverty and mapping out privilege. Shameful attitudes or fears toward minority communities and individuals continue to plague US institutions and day-to-day encounters.

Psychologists remind us that racial biases are both explicitly and implicitly present in our ways of thinking. “Aversive racism” describes the experience of discomfort, avoidance, or disdain that some may have without awareness or acknowledgement of such feelings.

Although many people may claim to not be racist, research has shown that these biases overwhelmingly show up repeatedly in both systematic and personal encounters.

Amy Cooper’s case, that of the McMichaels, and numerous other cases of police brutality are clear examples of either neglecting to recognize one’s bias toward an individual or shifting one’s response based on the physical profile of someone a person comes in contact with.

In January, the New York Times published an interactive article asking readers to respond to prompts revolving around the question: “How much racism do you face every day?” The article poses questions that elicit micro forms of racial aggression towards others. It allowed responders to compare their answers to the average of 101 black teenagers surveyed on the same questions.

The concept of race, as it is often misunderstood in the US, is a social construction that dates back to the 1800s eugenics movement, closely associated with Nazi Germany and the Holocaust. At the time, US scientists worked hard to associate whiteness with “preferable” qualities and even forcibly sterilized people with “less desirable” traits.

In fact, racial identities have no inherent biological or physical grounds to stand upon. The groupings are solely based on shared physical or social qualities deemed distinct by society.

Closely tied into histories, colonization, and the concepts of power tied into post-colonial populations, we may understand the continuum of less conscious racial injustices as societal scars which control our imaginations — violent, nonetheless.

As for the unconcealed acts of hatred that continue to instill fear in minority populations, the consequences continue to prove lethal and further divide the nation. 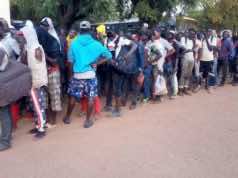 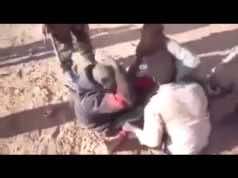 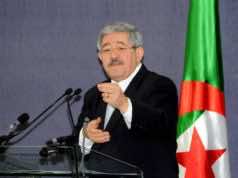