The deceased ended his life only one day after he came back from a period of sick leave due to mental illness.

The deceased ended his life only one day after he returned from a period of sick leave due to mental illness.

According to preliminary data from the investigation, the deceased resumed work at the Bouznika police station on Wednesday, May 27, after benefiting from a medium-term sick leave, a statement from the General Directorate of National Security announced.

The deceased took the service weapon of his colleague while he was busy with administrative tasks, before using the weapon to end his life.

Police officers transferred the body of the deceased to the morgue for autopsy, while the BNPJ launched an internal investigation to determine the circumstances of the incident.

The investigation, led by the General Inspectorate of National Security, will also determine if there were any professional errors or negligence that led to the incident.

The figure is relatively low compared to the global average rate of 10.5 suicides per 100,000 capita. However, the stigma and taboos surrounding mental disorders and suicide in the country make it challenging for Moroccans suffering to ask for or receive help.

According to a recent report from Chams and Sila, two Moroccan non-profit organizations for the promotion of mental health, approximately 340,000 Moroccans suffer from schizophrenia.

The study showed that 75% of Moroccan families with a schizophrenic member do not fully understand the illness. Around 25% of those households believe that schizophrenia is caused by supernatural causes, such as witchcraft and djinns (ghosts).

About 70% of Moroccans suffering from schizophrenia have visited or were taken to visit traditional healers, herbalists, or fqihs, adds the report, mentioning that 11% of Moroccans believe that schizophrenic people need to stay in mental health facilities.

In addition to social stigma, the Moroccan government does not yet have a national suicide prevention strategy, but recent projects might be the start of a campaign to raise awareness about the importance of mental health.

On February 7, King Mohammed VI inaugurated the construction works on a psychiatric hospital in Agadir, central Morocco. The hospital would be the first of its kind in the region and will cost MAD 55 million ($5.6 million). 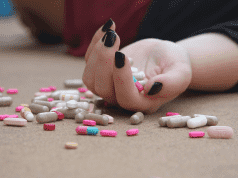 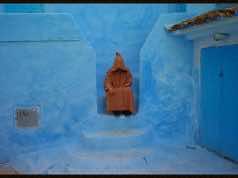 ONDH: 48 Suicide Cases in Chefchaouen Since 2018 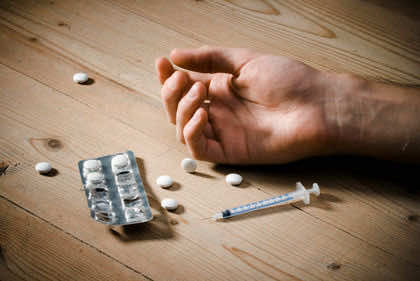