In severe financial straits, the oil refinery was forced to shut down operations in August 2015. The latest developments could mean a new lease of life for Morocco’s SAMIR.

Morocco’s embattled oil refinery SAMIR could reemerge stronger than ever with a new lease in the hands of the Moroccan government and rock-bottom global oil prices. Everything depends, however, on the price tag and length of the newly-sealed lease.

On May 14, the Moroccan government won a court petition that would grant the state use of the SAMIR oil refinery’s tanks. Morocco received the green light on the plan only two days after submitting the request, setting speculative tongues wagging.

One can only assume that the Moroccan government aims to exploit the all-time-low oil prices caused by the COVID-19 global slump to revive its own oil reserves. However, bearing in mind the less than portentous history of the SAMIR refinery, it could well be one gamble not worth the taking.

The refinery once had a capacity of producing more than 150,000 barrels a day, but work at the plant slowed to a stop in 2015.

SAMIR’s debt totaled an estimated MAD 44 billion ($4.1 billion), including a MAD 13 billion ($1.3 billion) customs debt to the Moroccan government and, after a year of struggling to stay above water, Casablanca’s Commercial Court declared SAMIR bankrupt in March 2016, launching the liquidation process.

The next steps became a quagmire or intrigue and backstabbing, meaning that the liquidation process was far from smooth.

While employees, union leaders, and economists lobbied the Moroccan government to revive the refinery, the stakeholders did everything in their power to hold off liquidation in favor of a lucrative sale.

In 2017, official receiver Mohammed El Krimi petitioned the Casablanca court to extend the liquidation to the personal assets of stakeholders, claiming that their poor decision making and lack of early action had led to the collapse of the company.

In November 2018, the court granted El Krimi’s request, obliging the billionaire shareholders from Saudi Arabia, UK, Sweden, and the US to lay open their assets and prohibiting them from commercial activity in Morocco for five years.

Unsurprisingly, the court’s decision made no difference at all, since all of the shareholders are foreign nationals and use banks outside Morocco to manage their assets.

Billionaire Al Moudi then turned on the Moroccan government, launching a court case in which he blamed the Moroccan state for the downfall of SAMIR. In a complaint to the International Center for Settlement of Investment Disputes (ICSID), he claimed Morocco owes him $1.5 billion in compensation.

Unsurprisingly, Rabat has not received the $1.3 billion in backdated customs charges, and Al Moudi is still waiting for his compensation claim to come to fruition.

The SAMIR refinery, though non-operational, has caught the eye of some interesting suitors, stirring interest in possible nationalization.

In February 2019, the Moroccan Competition Council prepared a report on the SAMIR holdings. Presenting the report, Driss Guerraoui, the head of the Competition Council, explained that “[p]rior to its shutdown in August 2015, SAMIR supplied the domestic market with 64% of its refined product needs.”

“The national refinery therefore played a fundamental role in supply, but also in storage, as it accounted for more than 50% of the country’s storage capacity, which safeguarded our country from any future shortages,” he said.

Though nationalizing the refinery may seem a no-brainer when looking at the facts, the interplay with stakeholders and the costs involved would make such a move much more complex.

By June of the same year, Exol Lubricants Morocco, a subsidiary of Britain’s Exol Lubricants Limited Holding, had put together a bid to acquire SAMIR, hoping to salvage the refinery from complete demise and make the promising gasoline source what it once was.

However, Exol offered only $8.23 million, an offer that stakeholders swiftly refused as too low, despite a positive response from Moroccan customs authorities.

Rumors of higher offers from Glencore, a Swiss-British commodity and mining company, and Trafigura, a Geneva-based commodity trading giant also circulated, though the facts remain veiled.

In September 2019, news of a bigger, better, and more viable offer emerged from Emirati giant Petreon Engineering. The company launched an extensive publicity campaign in order to gain traction in the market, culminating in an offer of $2.4 billion, much closer to the official estimates of SAMIR’s value.

According to a court-appointed surveyor, SAMIR’s assets now total $2.12 billion. Since the current liquidation receiver Aberrafii Bouhamria pledged to consider the offer, no news has emerged.

Then, in what could be seen as a policy u-turn, Bouhamria gave the nod for negotiations to begin for the lease of SAMIR’s facilities. Observers speculated that the move could pave the way for nationalization, while stakeholders and union leaders slammed the decision, fearing that it might put off potential buyers.

Neither party, however, can deny that the recommissioning of the refinery would mean increased care and maintenance of facilities that have been out of action for years, meaning better productivity for a nationalized plant or a future private buyer.

The confirmation of the state’s lease on the refinery came with no public details about the contract. The lease could be indicative of a short, sharp strategy to boost the economy during the low ebb caused by COVID-19 lockdowns, or a long game with a view to nationalization.

Either strategy could be a lucrative and practical solution to some of the government’s current financial pressures. The lease agreement will give the Moroccan state time to build up a large reserve in SAMIR’s 2 million cubic meter tanks, exploiting the record low oil prices to significantly increase the country’s inventory. 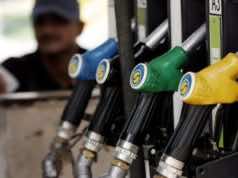