The project will require an investment of MAD 5 million and is expected to inaugurate in three years. Hbid made the announcement during a webinar Cadi Ayyad University organized to discuss the role of universities amid the COVID-19 pandemic.

The future institution would be the first of its kind in Morocco and would focus its research on virology and epidemiology. The scientific team to work in the observatory will include experts in statistics, as well as doctors in epidemiology, sociology, and psychology.

The construction project needs an initial investment of approximately MAD 5 million ($511,608) and will take three years before its completion, Hbid revealed.

Cadi Ayyad University will collaborate with the Ministry of Health, the Ministry of Higher Education, and the Pasteur Institute on its project. The Islamic World Educational, Scientific and Cultural Organization (ICESCO) will also contribute to the observatory.

The research institution would consolidate Cadi Ayyad University’s position as a leading university nationally and regionally. On the international level, the university is most known for collaborating with the Oukaimeden astronomical observatory.

The Oukaimeden Observatory, home to one of only two Transiting Planets and Planetesimals Small Telescopes (TRAPPIST) in the world, has led several scientific discoveries in recent years.

The epidemiological observatory project’s announcement comes as the Moroccan government is starting giving more importance to scientific research amid the COVID-19 crisis.

On April 19, the Ministry of Education announced the launch of a MAD 10 million ($1.02 million) program to promote research in all fields related to COVID-19.

The plan has a long-term objective to deploy Moroccan research task forces to work towards solutions to the coronavirus crisis and to curb potential future pandemics. 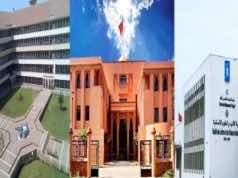