The recent statistics show that the number of foreign residents who acquired Spanish nationality increased by 8.9% (98,858).

During its latest press release on June 4, INE said that 2019 was marked by an increase in the number of foreign residents acquiring Spanish nationality compared to a year earlier.

Approximately 47.1% of foreigners who acquired Spanish nationality last year were men and 52.9% were women.

“People between 30 and 39 constituted the large group in terms of acquisitions of Spanish nationality, almost equal to that of those under 10 years.”

Available data shows that the most frequent country of birth in terms of acquisitions of Spanish citizenship was Spain itself, with 21,861 individuals. The majority were children under 10.

Among those born outside of Spain, the most frequent country of birth was Morocco, with 11,625 acquisitions of nationality.

In addition to newly acquired citizenships, Moroccans remain the largest foreign community in Spain, statistics from the Spanish Ministry of Labor said in May.

Approximately 864,546 Moroccans were legally established in Spain as of January 1, representing an increase of 6.3% from a year earlier.

Around 253,624 Moroccans were registered with the social security administration in Spain by the end of April.

Recent statistics from INE show Moroccans at the top of the list of non-EU foreign workers contributing to social security in Spain, followed by Chinese (78,442), Colombians (70,089) and Ecuadorians (66,551).

The total number of foreigners affiliated with the Spanish social security agency reached 1,972,552 in the first four months of 2020, down 5.4% compared to the same period of the previous year. The difference is largely due to the impact of the COVID-19 pandemic. 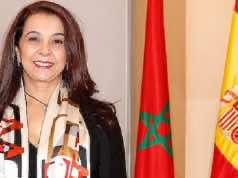