Gibraltar has been part of British sovereign territory since the Treaty of Utrecht in 1713.

Tuesday, June 9, delegations from Spain and the UK met to discuss the future of British enclave Gibraltar after the UK exits the EU at the end of 2020. The negotiations and Spain’s agenda in Gibraltar echo Morocco’s position on Melilla and Ceuta, begging the question: What do the negotiations mean for Morocco?

Gibraltar, a small British enclave on the southern coast of Spain, has been part of British territory since the 1713 Treaty of Utrecht. Though the UK has since given up the majority of its colonial territories, with the exception of the Falkland Islands, the European country has held on tight to Gibraltar.

Like Melilla and Ceuta for Morocco, Gibraltar is a thorn in the side of the Spanish government in terms of revenue loss through tax and the informal economy. Seen as a “tax haven” by many in Madrid, the enclave sees at least 15,000 Spaniards crossing the border daily for work, in both formal and informal sectors.

Spain has long complained about tax revenues lost through these informal border crossings and has, on occasion, imposed restrictions and delays at the borders, hitting Gibraltar’s economy where it hurts.

Britain’s exit from the EU has given Spain a golden opportunity to renegotiate the economic future of Gibraltar. Madrid understands, however, that though the country has never officially renounced its claims of sovereignty over the islands, any negotiations will be over economics, not ownership.

In February, Spanish Foreign Minister Arancha Gonzalez Laya told the Financial Times (FT): “We have an incredible opportunity to fix a number of things that we have not been able to fix in the last 300 years.”

Madrid went into yesterday’s negotiations with a clear vision, and according to Gibraltar’s Chief Minister Fabian Picardo, “very positive engagement” in the process. “All key issues were discussed and there are clearly areas where some significant progress can be made,” he said in a statement following the negotiations.

Outlining the meeting’s agenda, Picardo cited “issues of mobility, which has long been a point of unnecessary friction for citizens, and a wider agenda of engagement designed to continue to resolve matters which have long dogged our relationship.”

One topic on the table may be the recent UK-Spain legislation increasing tobacco prices in Gibraltar. The new regulations mean that the prices of cigarettes and tobacco on the rock must be no less than 32% of the prices in Spain. Price caps, tax laws, and imports will all be under review amid the Brexit negotiations.

For Spain, Gibraltar needs to either remain in the EU Customs Union and adhere to the single market norms, as will be the case with Northern Ireland. As Gonzalez told the FT in February, “You do not want a zone of unfair competition next to your border.”

Meanwhile, London will be angling for a more open deal for Gibraltar that would allow the enclave to take full advantage of its geographical situation, in order to keep its economy strong enough to survive without big bailouts from the UK’s already-under-pressure economy.

For both the UK and Spain, keeping relative freedom of movement will be key. Gibraltar cannot survive without cooperation with Spain and the daily influx of both workers and shoppers across its borders, while Spain will want to keep job opportunities open for the neighboring Linea de Concepcion, one of the European country’s most deprived regions with a 30% unemployment rate.

Whether the enclave will join the Schengen Zone or broker a new agreement for fluidity of movement between Gibraltar and Spain remains to be seen, but it is clear that implementing restrictions would be detrimental to both parties. Gibraltar, however, would suffer most.

Just two weeks before the launch of negotiations, Spanish FM Gonzalez stirred the ire of Gibraltar’s chief minister after she told Spanish radio station Cadena Ser that Brexit could mean “a new status” for Gibraltar.

Picardo kicked back immediately, releasing a clear statement of autonomy on May 27.

“I am very clear in wanting to be proactive and positive in the Brexit negotiations and in ensuring that we reach new arrangements to preserve and enhance mobility as much as possible and, in that way, secure the prosperity of Gibraltar and the whole region around us.

“But let us be very clear about one thing: I will be negotiating for Gibraltar.

“No one else is democratically empowered to do so and no one else can agree anything for the people of Gibraltar with any democratic credibility,” he said.

For the people of Gibraltar, Picardo said, democracy and autonomy in the negotiations will be key. While 96% of the rock’s population voted to remain in the European Union, they still want to remain part of the UK even after Brexit.

“Proposing the return of old-style bilateralism between Britain and Spain in respect of Gibraltar in relation to the negotiations of the deals to be done for the post-Brexit future is an antidote to democratic legitimacy and it will not be a persuasive tool in the discussions to come,” Picardo warned, emphasizing the need for Gibraltar to play a leading role in mapping out its own future.

After the UK’s 2016 referendum on EU membership, then-Spanish Foreign Minister Jose Manuel Garcia-Margallo stirred controversy by commenting on a radio show that Spain was closer than ever to regaining sovereignty over Gibraltar. However, the bellicose rhetoric ended in posturing as the government had no genuine wish to enter into a dispute with the UK over the rock and its 33,000 strong population who self-define as British.

So what does all this mean for Morocco?

While Madrid negotiates the future of a British enclave on land it still claims as Spanish sovereign territory, the Spanish enclaves of Ceuta and Melilla in northern Morocco struggle to keep their fiscal heads above water amid the coronavirus crisis and closed borders.

Since 2004, Rabat has largely turned a blind eye to the informal goods trafficking in and out of the two enclaves and, though Morocco still officially classes the cities as “occupied,” has made no hostile moves, preferring to promote peaceful coexistence and positive relations with Madrid.

However, the massive tax revenue haemorrhage this closed-eye policy allowed became too much, forcing Morocco to act.

The director-general of the Moroccan Administration of Customs and Indirect Taxation, Nabyl Lakhdar, in February 2018 announced that the value of the products entering Morocco through the Ceuta border ranges between MAD 6 billion and MAD 8 billion per year (between €550 million and €730 million).

The director-general said Morocco had to take a “radical” solution to “permanently” put an end to contraband border crossings with Melilla and Ceuta.

So, for the first time since the official opening of the borders in 1866 under the Hispanic-Moroccan treaty of Fez, Morocco imposed harsh restrictions on crossings in a defensive move to protect its own economy.

The move caused a massive economic shock to the two enclaves, leading to a backlash of hostile statements and accusations from the right-wing governments in Ceuta. Since the border closure in July 2018, Melilla alone has lost €47 million in revenue.

In May 2020, Far-right Spanish political party Vox accused the Spanish coalition government, led by Pedro Sanchez, of refusing to intervene against Morocco in what the party calls “the Siege of Ceuta.”

Vox senator for Ceuta Yolanda Merelo lashed out at Madrid over the lack of action in Ceuta’s economic crisis. She said the “siege and strangulation of Ceuta” and its economy at the hands of Morocco “violates good neighborly relations.”

Meanwhile, Ceuta is calling for increased border restrictions and entry into the Schengen Zone, which would mean strict visa requirements for Moroccans and non-EU citizens entering the territory. Rabat intends to block the move, wanting, like Spain in Gibraltar, to retain a level of flexibility that would benefit rather than harm the national economy.

A long history of hypocrisy

The parallels between Spain’s situation with the UK and Morocco’s situation with Spain are striking. It is also striking that, despite the clear similarities, Spain’s right-wing press and politicians seem to view Morocco’s agenda as unreasonable, while in the same situation within its own borders, they back Spain’s route plan in Gibraltar.

Despite the clear parallels between the case of Gibraltar and that of Ceuta and Melilla, there are some key differences. Legally, though perhaps not ethically, Spain’s claim over Gibraltar is stronger than that of Morocco over the two Spanish enclaves in its northern territories.

This legal loophole has made it all the more easy, for the last half century, for successive Spanish administrations to avoid engaging in peer-on-peer negotiations with Morocco over the enclaves.

The reason for this get-out-free clause for the Spanish dates back to July 1963, when King Hassan II and General Franco met in Madrid’s Barajas Airport to discuss the ongoing territorial disputes between the two countries. The agreement is known as the “Espiritu de Barajas.” Under the agreement, Ceuta and Melilla were seen as separate from the other territorial disputes that were to be subject to UN mediation through the UN Special Political and Decolonization Committee.

Spain then brought the question of Gibraltar to the UN, having it officially added to the list of territories to be decolonized. Morocco, meanwhile, was using all of its diplomatic power to negotiate for its territorial integrity in the south and missed the opportunity to register Ceuta and Melilla as territories under colonial power.

So, now back in 2020, while the UN committee tables the question of Gibraltar every October, the question of Ceuta and Melilla remains a bilateral issue between Spain and Morocco. Any tangible movement in the Gibraltar casefile would, however, bring into sharper focus the hypocrisy of the Spanish position.

Considering Spain’s precarious hold in Ceuta and Melilla amid the worsening economic crises, Madrid appears to have chosen to play it safe and negotiate for a mutually beneficial economic deal in Gibraltar, rather than out right sovereignty.

Dr Samir Bennis, political analyst and expert in Spain-Morocco relations, argued that “despite the refusal of Spanish authorities to question the character of the two enclaves and open a dialogue with Rabat, Morocco has many arguments to demonstrate the merits of its position and show that the solution of the question of Gibraltar inevitably has implications for resolving the territorial conflict over Ceuta and Melilla.”

However, while Gibraltar, the UK, and Spain have entered negotiations on equal footing and have, according to the reports that came out of yesterday’s meeting, found common ground in the view that saving and promoting the economies of both the enclave and the host country is paramount, the representatives of Ceuta and Melilla have yet to enter negotiations with Morocco on the same footing.

In order for Ceuta, Melilla, and Morocco to enter into positive and fruitful negotiations, the governments of the two enclaves need to recognize Morocco’s economic needs and enter into discussions with mutual respect, viewing Morocco not as a former colony and a global south country, but as powerful negotiator and valuable ally. 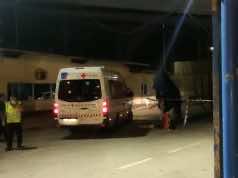 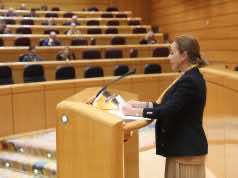