Despite drought and lack of rainfall, the production rate is satisfactory, according to the Agriculture Ministry.

Rabat – Morocco’s Ministry of Agriculture announced that the country has harvested 1.3 million quintals of common wheat since May 15.

In a statement on June 10, the ministry said the harvested  production represents 30% of the agriculture season’s goal.

The ministry expressed satisfaction with the outcomes, stating that market supply of cereals and legumes is largely covered thanks to collaboration with professional stakeholders at all levels, including production, marketing, and imports.

The stock levels recorded at the end of May make it possible to cover five months of national needs for common wheat, and up to four months for durum wheat, the statement said.

The stocks are “maintained at these levels permanently in accordance with the measures implemented since the onset of the state of emergency.”

Grain milling related to manufacture of flour gradually returned to the usual rates after intense activities to meet the demand of households in March and April.

The ministry also recalled the barely distribution program to support farmers affected by drought since the beginning of the year at subsided prices.

The program made available a total quantity of 2,764,300 quintals of barley to arable farmers from March in the local relay centers.

“The implementation of the program takes place in good conditions, reaching a rate of 75% distribution for the benefit of growers,” the statement said.

The ministry launched another campaign, consisting of 2,850,000 quintals to cover the summer period.

The ministry will reinforce the operation starting June 15 by doubling grants.

Akhannouch said on June 1 that the ministry had allocated MAD 350 million or $35.89 million to assist farmers affected by the lack of rainfall during the agriculture season.

The ministry launched the initiative to assist Moroccan farmers on an “exceptional basis” after having assessed the effects of drought since March 14. 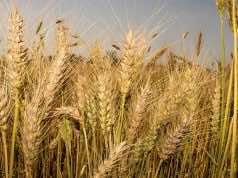